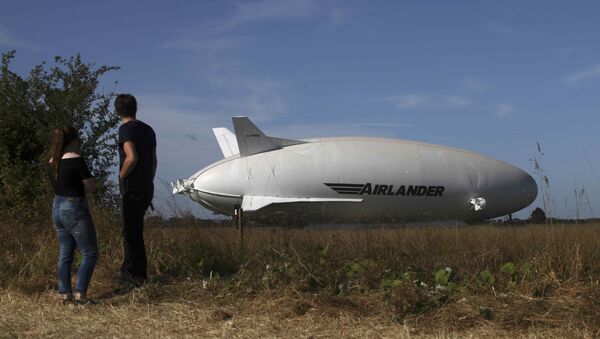 © REUTERS / Gareth Bumstead
Subscribe
International
India
Africa
This week's presentation of the Airlander 10, a huge plane-airship hybrid, which was towed from Britain's largest airship hangar in Bedfordshire, has prompted experts to speculate that we may see a return of the dirigible, according to the Russian newspaper Vzglyad.

Science & Tech
Battle Blimps: Russian Military Expands the Use of Airships
The Airlander 10, which stretches as long as a soccer field and is as high as a nine-story apartment building, is considered the largest airship in history, essentially resembling three airships in one, with rotary engines and rudimentary wings.

Vzglyad recalled that the era of airships lasted from the early 1900s until the late 1930s, when dirigibles finally yielded to airplanes, not least due to safety concerns.

#OTD in 1929, the Graf Zeppelin, a German-built rigid airship, began the 1st round-the-world flight of a dirigible pic.twitter.com/RvbgQHfTse

The Hindenburg disaster, which took place on May 6, 1937, was one of the key events heralding the end of this era. The German luxury passenger airship LZ 129 Hindenburg caught fire and was destroyed during its attempt to dock with its mooring mast at the Naval Air Station Lakehurst in New Jersey, the US. At least 35 people on board were killed in the disaster. 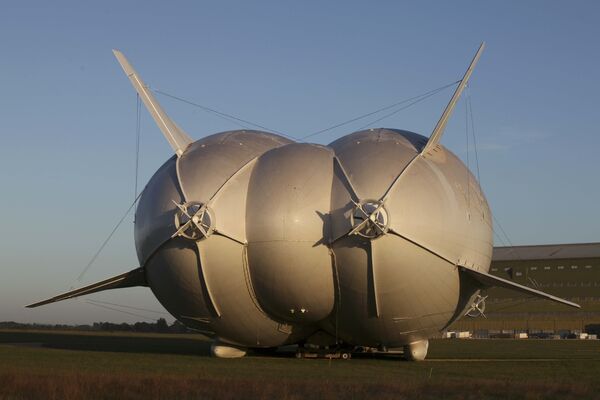 The Airlander 10 hybrid airship is seen after it recently left the hangar for the first time to commence ground systems tests before its maiden flight, at Cardington Airfield in Britain August 9, 2016
© REUTERS / Gareth Bumstead

The Achilles' heel of the rigid airships of the 1930s was their reliance on explosive hydrogen, rather than heavier, inert helium, to provide buoyance. The hydrogen was needed to offset the weight of the aircraft aluminum alloy frames.

The 92-meter long Airlander 10, which is built from lightweight composites, is a hybrid between a traditional rigid-framed Zeppelin and a frame-free blimp. 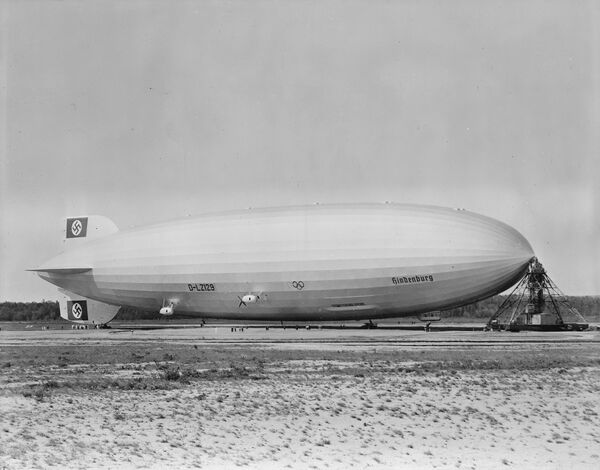 The Hindenburg airship
© Wikipedia / U.S. Department of the Navy

As for the revival of the age of airships, Vzglyad mentioned a spate of major economic factors which the newspaper said will contribute to the matter.

Experts have already proven, according to Vzglyad, that the use of airships will help significantly reduce cargo delivery time and affect their safety. Additionally, the airships would reduce the need for warehouses and transshipment bases. 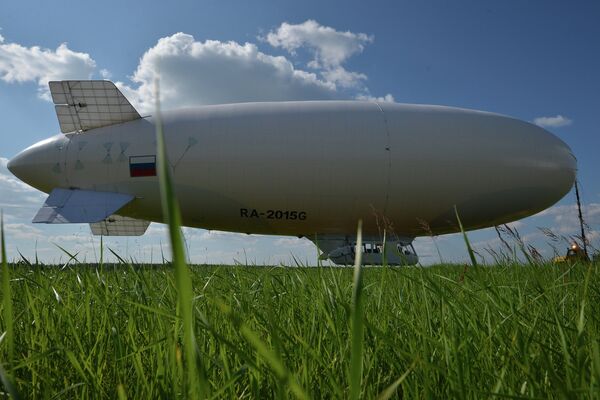 The Au-30 airship
© Sputnik / Ramil Sitdikov
/
Go to the mediabank

Also, it is necessary to take into account the fact that airships are more environmentally friendly than other types of air transport, Vzglyad noted, adding that a dirigible will use much less fuel than conventional aircraft during transportation of the same cargo over the same distance.

Additionally, an airship is less noisy than an airplane or a helicopter, something that the newspaper said "will allow it to fit into a modern man-made environment."

Feeling rather small compared with the Airlander10 that should make its maiden test flight in the next few days. pic.twitter.com/6RFAyrHvAm

The next-generation airships will run using so-called fly-by-wire systems, which along with the rigid lightweight frames, will allow for the construction of comfortable or even luxurious interiors on board. This might allow them to compete with airliners in the not-so-distant future.

Lockheed's Massive New Airship Gets Go-Ahead
Meanwhile, Russia is intensifying efforts to develop its own state-of-the-art dirigibles, including the Au-30, created by the company Augur RosAeroSystems.

"The unique multifunctional 10-seat Au-30 airship has already been lifted up to the sky and now remains one of the most advanced in the world," according the company's website.