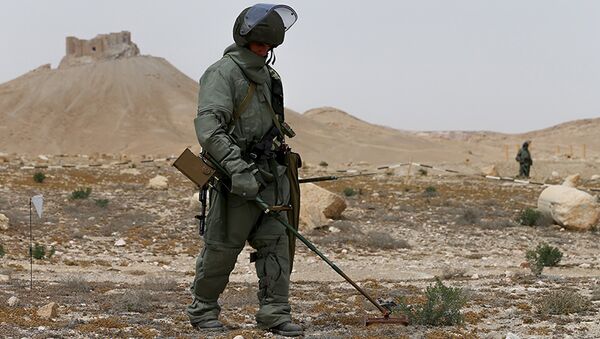 Former CIA Deputy-Head Michael Morell who supports Hilary Clinton's election campaign said Tuesday that Russians and Iranians in Syria should be killed covertly to make their countries "pay a price" and quickly resolve the Syrian crisis.

"This is so outrageous what he said. He talks about using military force to scare Assad. I would suggest that in order to scare Assad he should just make a picture of Hillary Clinton for him. That would be frightening enough," Johnsons told Sputnik.

According to him, Russia was the only country that offered Syria real support and helped to fight Daesh and other terrorist groups.

"When it comes to Syria, Russia has been the only adult in the room," the former CIA officer said. "The main threat is the radical Islam. The Russian government seems to understand that," he added.

Russia Awaits Int’l Partners to Help Syria Overcome Contradictions
During his statement, Morell also said that the United States should act in Syria with way more aggression to speed up the political settlement. Russian officials have responded to Mr. Morell's comments, saying that such remarks were absurd and unacceptable.

He also called the Republican nominee Donald Trump Moscow's — quote — "unwitting agent," unfit to be the leader of the United States. In his turn, Mr. Trump dismissed Morell's allegations and accused him of lying to cover up for the deaths of US embassy staff in Benghazi.

"The funny part of it is that here is the man who is out claiming that Donald Trump is reckless and dangerous. Morell's prescriptions on the foreign policy front are to recommend illegal acts or risk a military confrontation with Russia, a nuclear power. I don't know if there is anything more reckless or more dangerous that he can say. And by contrast, Donald Trump talks about better relations with Russia, talks about an adult relationship with another [state]," Johnson concluded.