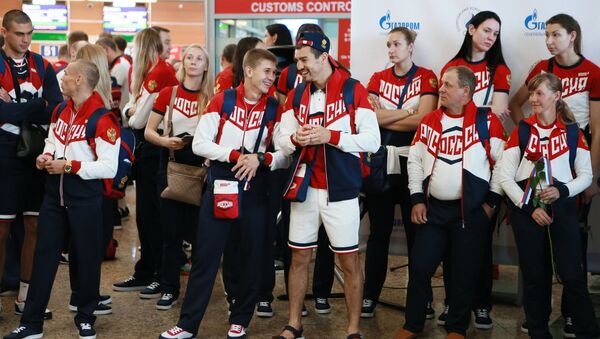 While Russian athletes at the Rio Olympics are subject to the most stringent checks of any team, reports have surfaced that Brazil "halted doping tests" before the Olympics, which open on Friday.

Stay Healthy at Olympics Because Rio’s Hospitals Already Fit to Burst
The opening ceremony for the Rio Olympics takes place on Friday evening at the Maracana stadium, and after a lengthy period of uncertainty, 271 Russian athletes have been confirmed as eligible to compete.

Russia, which originally had an entry list of 389 athletes, is represented in most disciplines after the International Olympic Committee (IOC) decided on July 24 to allow the world governing federation of each discipline to make the final decision on athletes' participation, subject to stringent doping tests.

The 13-strong Russian women's waterpolo team was one of the first to get the go-ahead for participation from FINA, the international governing body of swimming, diving, water polo, synchronized swimming and open water swimming.

On Thursday the team told RT Russian that they are settling into a routine after several days in Rio, including daily doping tests.

"Every day at 6am they come and take samples for doping. Most of the athletes they take samples from are Russian," said Anna Karnaukh, goalkeeper for the Russian team.

Karnaukh sympathized with Russian athletes who have been uncertain about their participation in the Olympics until the last moment, because their international federation and the IOC had not yet come to a decision. 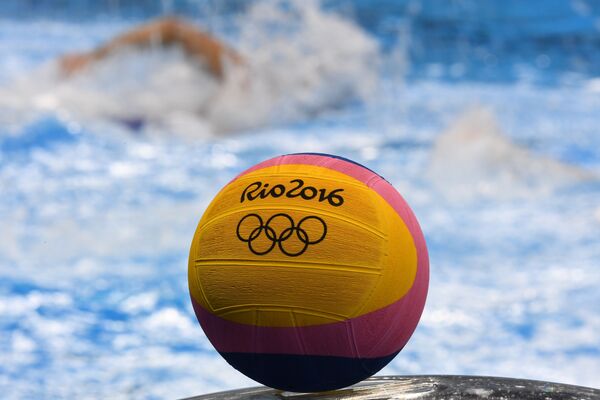 Rio 2016 water polo ball
© AFP 2022 / GABRIEL BOUYS
"It's very bad. Perhaps it is being done on purpose, in order to put someone off achieving their goal. I hope that isn't happening, we believe in the best," Karnaukh said.

The goalkeeper said that she has not had much contact with other athletes in the village, but doesn't feel any negativity towards the Russian team.

"There is a friendly atmosphere, everybody is smiling and saying hello to each other."

Like the women's waterpolo team, most of Russia's Olympic teams have been allowed to compete in Rio with their full complement of athletes.

However, Russia's weightlifting and track and field teams have been barred completely by their world governing bodies, the IWF and IAAF. The IAAF made one exception for long jumper Daria Klishina.

The Toughest Olympics: Meet Russia’s Top 5 Medal Hopes in Rio
On August 4 the Court of Arbitration for Sport ruled in favor of an appeal by Russian athletes Anastasia Karabelshikova and Ivan Podshivalov against the decision International Rowing Federation's (FISA) decision to bar them from participation because of historic doping bans.

While the IOC had decided not to allow any Russian athlete who has ever been sanctioned for doping to participate in the Games, the CAS ruled the decision "unenforceable," opening the way for FISA to reconsider its decision.

Following the IOC decision, Bloomberg columnist Leonid Bershidsky pointed out that as a result of the extra scrutiny, Russia will in fact have the most doping-free team at the Rio Olympics, because the IOC stipulated that any Russian athlete entered for competition in Rio "will be subject to a rigorous additional out-of-competition testing program."

Citing the World Anti-Doping Agency's 2014 anti-doping violations report, which found that ten countries were responsible for 44 percent of the total violations recorded in summer Olympic disciplines, Bershidsky argued that it is unfair to make an example of Russian athletes unless a blanket ban is also extended to other countries where doping has been widespread.

WADA's Own Stats Show Russian Athletes Dope Less Than Those of Other Countries
While attention has been focused on Russia's Olympics teams, The Times on Friday reported WADA's condemnation of the Brazilian team's Olympics preparation. WADA said it was "unacceptable" that Brazil stopped carrying out drugs tests on its leading athletes in the month before the Games.

Between July 1 and July 24 no tests were carried out on Brazilian athletes after the sports ministry had stopped drug testers from making surprise checks on some of the country’s top athletes, The Times reported.

The Brazilian sports ministry says that the situation occurred because of changes in personnel at the ministry, and because the accreditation of its anti-doping laboratory in Rio de Janeiro was suspended.