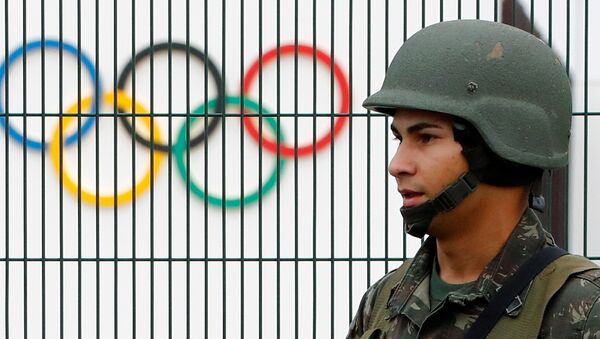 MOSCOW (Sputnik) – Earlier, media reports emerged of Russia’s vice-consul having been approached with a gun by two suspects in the Rio suburb of Barra da Tijuca.

"I officially declare that none of the Russian diplomats and none of the employees of the Consulate General in Rio de Janeiro was involved in the incident that the press is writing about. This information does not correspond to reality. At the moment, the consulate is reviewing the information with the authorities," Tokmakov said.

According to Huffington Post, "Russia’s vice-consul" took the gun from one of the people who approached him while he was driving with his wife and daughter in a car and shot the burglar dead. The other suspect ran away.

Tokmakov said he could not comment on the shooting itself as the Russian Consulate had no information on it and Rio police were investigating the incident. The Consul General stressed that if anyone involved in the incident is claiming to be a Russian diplomat or a consulate staff member, these claims are not in line with reality.

The Consulate General of Russia in Rio de Janeiro said in a statement to Sputnik that none of the diplomatic staff were in the area of the incident at the time when it took place. None of the staff from the Russian Consulate General in Sao Paulo were in Rio at that time either, the statement said.

According to the Consulate General of Russia in Rio, the Brazilian Foreign Ministry has been informed of the situation.