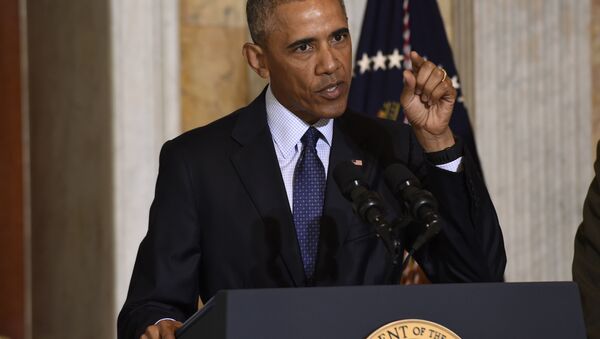 US President Obama Thinks He Better President Now Than Ever Been
WASHINGTON (Sputnik) — US Republican presidential candidate Donald Trump is unfit to hold the executive office, President Barack Obama said in a press conference on Tuesday.

"I think the Republican nominee [Trump] is unfit to serve as President," Obama stated when asked by reporters. "I said so last week, and he keeps on proving it."

Additionally, Obama said, "the fact that he [Trump] doesn’t appear to have basic knowledge around critical issues in Europe, in the Middle East [or] in Asia, means that he’s woefully unprepared to do this job."