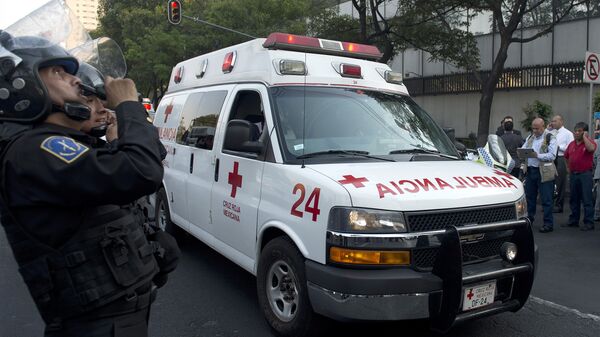 One person was killed and over a dozen were wounded when a passenger bus collided with a truck in the Mexican north-central state of Zacatecas, local media report.

MEXICO CITY (Sputnik) – According to federal police, the truck hit the bus on the side, which caused it to capsize, La Jornada en Linea said on Friday. The truck driver died in the accident and 18 other people, including the bus driver, were injured.

The collision occurred on the border between Zacatecas and Aguascalientes states. The truck burnt down as a result of the accident.

In another road accident on Friday, a passenger bus capsized while en route from Mexico City to Santiago de Queretaro. At least 33 people were injured.