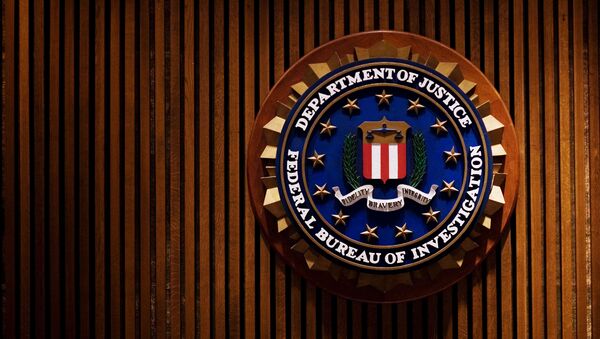 © AFP 2021 / Mandel Ngan
Subscribe
Russian citizen Dmitry Ukrainsky said Friday that his US extradition request from Thailand could be ready within one month.

Lavrov to Arrive in Laos to Discuss Cooperation With ASEAN, Meet Kerry
BANGKOK (Sputnik) – Russian citizen Dmitry Ukrainsky said Friday that his US extradition request from Thailand could be ready within one month, adding that he planned to appoint an attorney be early next week.

"I should hurry up with the lawyers because the Americans have two months to prepare a formal request for extradition. I was even told that all American documents could be ready in a month," Ukrainsky told RIA Novosti.

He added he had three lawyers from different companies visit him, saying "my wife and I will decide by Monday which one of them will work in my case."

FBI Gives No Comment on Extradition Request to Thailand for Russian Citizen
Ukrainsky, 44, was detained in Thailand on July 21 at the request of the US Federal Bureau of Investigation (FBI) on suspicion of credit card fraud. Bangkok had not notified Moscow of the detention.

US Federal Bureau of Investigation (FBI) agents were present during the detention of Russian citizen Dmitry Ukrainsky’s in Thailand, Ukrainsky said Friday.

"During the arrest there were two Americans who said they were FBI staff members and immediately offered me to go voluntarily to the US to stand trial," Ukrainsky told RIA Novosti before showing his written refusal from voluntary travel to the country.

Ukrainsky said he planned to fight his extradition in court, saying "I do not consider myself guilty in the crimes I am ascribed by the Americans."