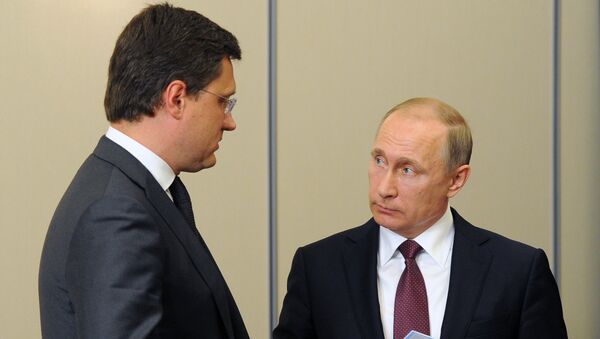 According to the Russian energy minister, the gas production in the country will stand at around the same level in 2016.

Russian Gas Deliveries to Turkey Unaffected by Coup Attempt
MOSCOW (Sputnik) — Russia's Ministry of Energy expects that the gas production in the country will stand at around the same level in 2016 as in 2015, Energy Minister Alexander Novak said Monday.

"We plan to reach approximately the same levels by the end of the year as we did last year," Novak said during a meeting with Russian President Vladimir Putin.

Moreover, according to Novak, Russia will gain full independence in oil production from imported technologies by 2019.

"After these pilot tests, industrial production will be fully established by 2019, in other words we will completely eliminate dependence on imported technologies," he underscored.

The minister noted that work was underway to develop software and telecommunications equipment previously bought abroad.