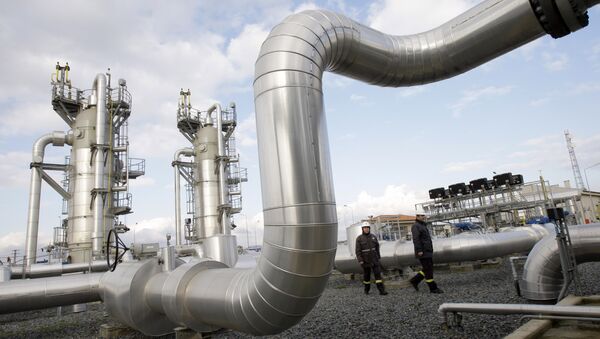 Deliveries of Russian gas to Turkey remain unaffected by the attempted coup in that country, a source in Russia's gas industry told RIA Novosti on Saturday.

Azerbaijan, Turkey, Georgia Agree to Jointly Secure Oil, Gas Pipelines
MOSCOW (Sputnik) — Late on Friday, Turkish authorities said that an attempted coup is taking place in the country. Turkish President Recep Tayyip Erdogan urged Turkish citizens to take to streets, stating that the coup attempt was carried out by a small group within the military.

"We have no troubles," the source said, answering a question about possible decrease in gas supplies, following the coup attempt.