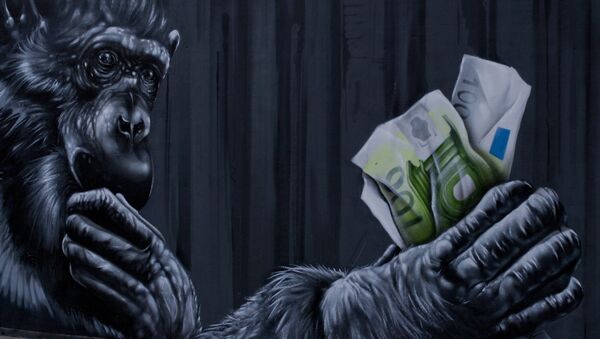 © Flickr / Lieven Van Melckebeke
Subscribe
The world's financial system is heading for a crash or devaluation, says economic researcher Ernst Wolff, who advised Sputnik on the best places to invest your cash and weather the coming storm.

New Debt Crisis Beckons for 'Unstable' German Banks in EU's Next Meltdown
The world's current financial system is nearing its end; therefore its money is almost worthless, according to journalist and economic researcher Ernst Wolff.

Wolff, who recently published a book called "World Power IMF: Chronicle of a Raid," (Weltmacht IWF: Chronik eines Raubzugs), told Sputnik German that given these conditions, investments such as gold and property which are traditionally considered to be safe, no longer are.

"Firstly, one should bear in mind that every monetary system comes to an end, and we are more or less living in the final phase of the current monetary system. There will either be a crash, or huge problems which lead to currency reform and a transition to a new financial system," Wolff predicted.

Wolff reminded people seeking to invest in gold, that the precious metal may not be the safe bet it seems. He said that current prices are an unreliable indicator of its value, because they are manipulated by banks.

In April, Deutsche Bank settled two private lawsuits over allegations it manipulated gold and silver prices. The bank was one of a group of financial institutions sued by futures traders in silver (Deutsche Bank, HSBC Holdings Plc, Bank of Nova Scotia and UBS AG) and gold (Barclays Plc and Societe Generale SA) in 2014.

The other banks have yet to reach a settlement over the legal case, in which the traders allege that the banks abused their control over the setting of benchmark daily transaction prices for silver and gold, to profit from trading and gain an illegal advantage over other investors.

"A certain amount of gold might be a way to secure a bit of money. However, there have been cases in history, such as in the US during the 1930s, when gold was confiscated," Wolff said. 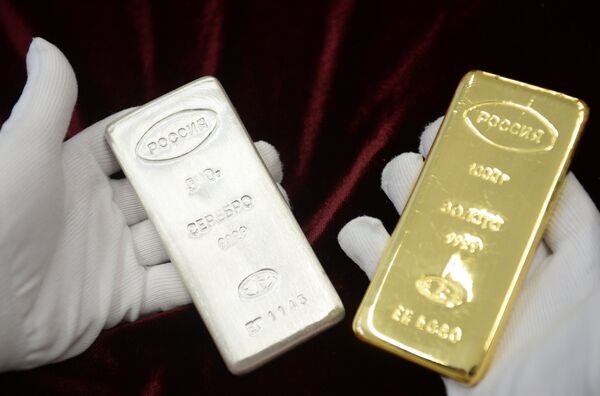 A worker holds a gold bar and a silver bar produced during the opening of a new bank bar manufacturing line at a plant in Yekaterinburg.
© Sputnik / Pavel Lisitcin
/
Go to the photo bank
Sputnik German asked the expert about "concrete gold," or investments in property – surely this represents a safe bet? Not so, said Wolff, who thinks taking out a loan to buy property in the current situation is a bad move.

"These loans are dangerous precisely because of low interest rates, which seduce young people to buy houses or apartments using relatively large amounts of credit."

"If there is a currency reform, the banks will insist that the loans are paid back in the old currency – and that means you have more debt than you did before the currency reform. In general, I would warn young people not to get into debt," said Wolff, who is also skeptical about savings.

He said savings accounts are "anachronistic," because of low interest rates.

"There is now virtually no interest, and in some countries like Switzerland the interest rate is now negative. That also shows that the financial system is in its final phase. A situation where you bring money to the bank and at the end of the year you get less back, leads to people clearing their bank accounts. Where I live, in Zurich, the rate of burglary has soared because people are keeping their money at home, and not in the bank."

Euro Mark II? Eurozone Needs Parallel Money to Stop 'Collapse Into Chaos'
The stock market is another bad investment, controlled by big corporate banks and "totally overheated" because central banks are distorting the market by buying corporate bonds, he said.

The stock market is therefore too risky for small investors, as are investment funds.

"There, you are really in the hands of the worst fraudsters. Investment funds work for major lenders who are in the background. The small investor in a mutual fund gets duped." 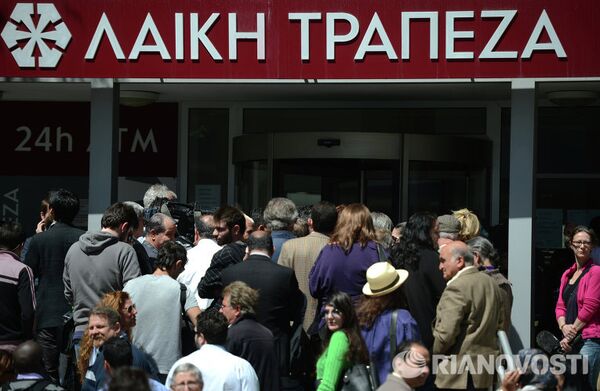 Residents of Nicosia, Cyprus queue outside Cyprus Popular Bank in March 2013
© Sputnik / Vladimir Astapkovitch
/
Go to the photo bank
Wolff referred to the recent experiences of investors in Cyprus, whose money was confiscated in 2013 after a banking crisis, in Greece, where the banks were closed in 2015 during a financial crisis, and in Italy, where people are being forced into a "bail-in" of banks.

He said that in light of recent events, the best thing to do with money is – spend it. He also had advice for something worthwhile to spend it on, and echoed a famous quote by former US President Benjamin Franklin, who wrote that "an investment in knowledge pays the best interest."

"For young people, the most important thing is a good education. That is a wise investment, because after a crash or monetary reform, life goes on. And the ones who are the best off, are the ones with the best education."

000000
Popular comments
Excellent article. Excellent advice. After thinking in circles. That was the solution I reached too. I would add the condition to spend it among like minded as much as possible. Create communities and economic micro systems. Even Ebay and Amazon have some smaller sellers who may deal in more specialized items. local farmers markets, yard sales, barter, etc.
jas
22 July 2016, 16:25 GMT1
000000
Another thing to spend money on is long term food supplies with a shelf life of 20-25 years, manual gardening tools, seeds, items for self protection, items for hunting/fishing, water purification and storage. After this then I would say cash on hand in a safe at home, some gold/silver stored at home. When the 2008 crash happened our investments for retirement lost %80 of their value(taken by the banks). Now, 8 years later they have regained %20 with a net %60 loss of our investment. If you think the economy will come back, you are right. It will be a new world currency with access only given to those who will chip themselves like animals. People will realize later that the chips have nasty side effects and have a built in kill function if the user refuses to go along with the One World Government Plan.