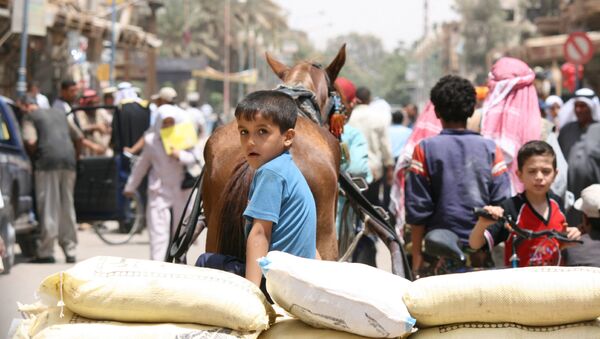 Russian Military has dropped 15 metric tons of UN humanitarian aid on the Syrian city of Deir ez-Zor, besieged by terrorists, the Russian Defense Ministry said in a statement Tuesday.

"Aircraft of the Abakan Air, Russian aviation company, has dropped 15 tons of UN humanitarian cargos (food products and grains) on Deir ez-Zor, which had been besieged by ISIS terrorists," the ministry said in a daily bulletin posted on its website.

Daesh is a terror group outlawed in Russia and numerous other countries.