Juncker Pledges to Fight Terrorism Inside, Outside EU After Nice Attack 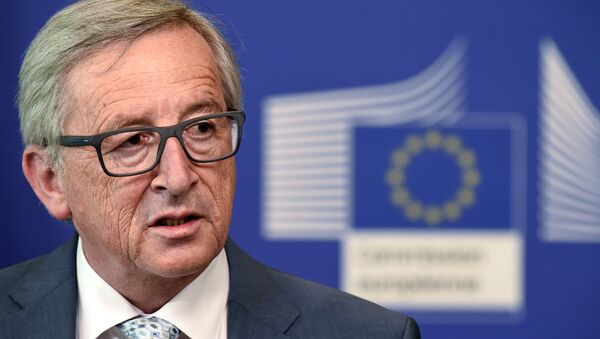 The European Union will fight terrorism both inside the bloc and outside of its borders, European Commission President Jean-Claude Juncker said Friday after an attack in France’s Nice.

MOSCOW (Sputnik) – A truck rammed into a crowd watching Bastille Day fireworks in the southern French city of Nice late on Thursday, killing at least 84 revellers.

"France can count on the European Commission and the rest of EU countries for continued support in the fight against terrorism both inside and outside the European Union. Our determination will be as strong as our unity," Juncker said in a statement.

Juncker said he was touched and saddened by the "terrible ordeal" faced by the French Riviera city. He expressed solidarity with the victims, their families and the entire nation as the French mourn those who perished in what President Francois Hollande said was undeniably an act of "the terrorist nature."