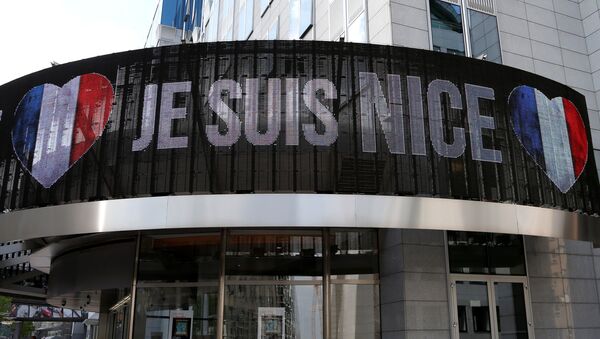 The French and EU flags in front of the European Parliament in Brussels were lowered to half-staff following the truck attack in Nice, the parliament press service said on Friday.

World Reacts to Nice Terrorist Attack With Increased Security Measures
MOSCOW (Sputnik) — On Thursday night, a truck rammed into a large crowd that was celebrating Bastille Day in Nice, France. At least 84 people, including children, were killed and dozens of others were injured.

"The French and EU flags at half-mast in front of the European Parliament following last night's terrorist attack in Nice," the press service wrote on the parliament's official Facebook page.