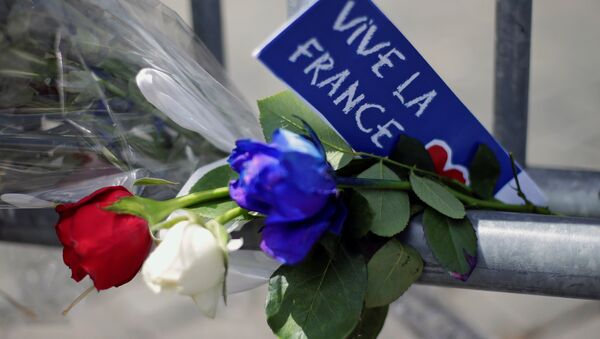 The international community must unite in the face of terrorism following the deadly terror attack in the southern French city of Nice, the first vice president of Chamber of Deputies, the lower house of Bolivia's parliament, told Sputnik on Friday.

World Reacts to Nice Terrorist Attack With Increased Security Measures
LA PAZ (Sputnik) — On Thursday night, a truck rammed into a large crowd that was celebrating Bastille Day in Nice. At least 84 people, including children, were killed and dozens of others were injured.

"The international community must unite to eradicate such type of actions. It is necessary to establish a principle, an international commitment to condemn such actions severely," Victor Borda said, commenting on the Nice attack.

He also expressed regret by the fact that such friendly to Bolivia country as France became a target for terrorist groups and by the fact that while some groups "protect rights and freedoms of individuals," others carry out violent attacks and "acts of genocide."

Countries across the globe have been targeted by major terrorist attacks, such as the downing of a Russian airliner in the Sinai Peninsula on October 31, 2015, attacks in Beirut on November 12, 2015, in Paris on November 13, 2015, in Brussels on March 22 and in Istanbul on June 28.