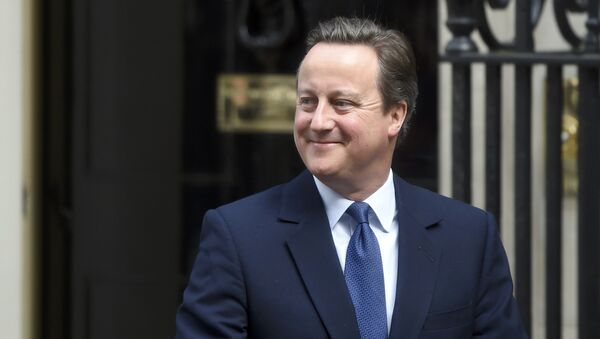 Last supper delivered to #10downingstreet by #theKTLondon. It's been a pleasure Prime Minister! pic.twitter.com/d2txLzoCbH

Murderous Masala: Restaurant Owner to Serve Jail Time for Killer Curry
​"The restaurant is a firm favorite with politicians across all parties. The residents of No. 10 Downing Street have enjoyed meals from Kennington Tandoori since the restaurant opened in 1985 and the KT would hope that they continue to do so," the manager told PTI.

Cameron has previously spoken of his love for Indian food, telling in his interview with the Hindustan Times that he likes his curries "pretty hot." He has also been a guest at the British Curry awards and patronized various restaurants during his time in office.