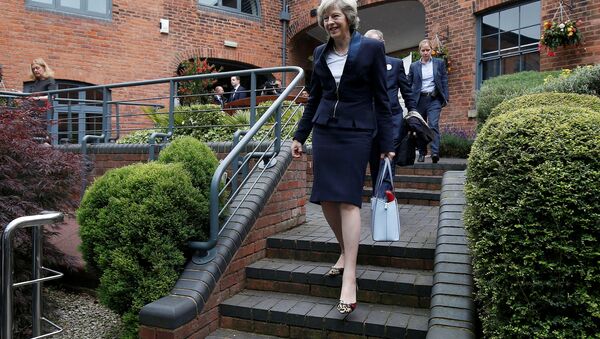 UK Home Secretary Theresa May is set to become Britain's second female prime minister ever after the other candidate for the Conservative Party, Andrea Leadsom, pulled out of the race, triggering calls for a fast handover from David Cameron.

Cameron was forced to offer his resignation, June 24, on the day of the result of the In-Out referendum on the UK's membership of the EU, which resulted in 52 percent voting to leave the EU. He had campaigned to remain, but failed. That set in train a leadership race for his replacement as prime minister.

Britain remains deeply divided over the election result, with some saying the real issues were not properly discussed and some — including Gibraltar — calling for a second referendum.

"We've got our democracy back"…with an unelected Prime Minister #TheresaMay

In the last month this country has succeeded in turning life as we know it into an unatable mess! #TheresaMay really, @Conservatives #shock

Former London mayor Boris Johnson had spent the referendum campaign, pounding the streets alongside Justice Secretary Michael Gove, calling for Britain to extract itself from the EU, dominated by the Brussels machine. Gove had always said he would not stand to be leader and prime minister and would back Johnson in the race for leadership.

No one should listen to Gove and Boris (Losers) — hurrying to hand over the reins to an unelected PM #TheresaMay https://t.co/CMUvzaBA9A

The hope for brexiteers is that Theresa May was a closet leaver. Expect a trade deal but free movement thrown in. #Brexit #TheresaMay

However, Gove reneged on the deal and announced he would stand, forcing Johnson to withdraw his nomination. Gove then lost in the preliminary round of voting, leaving — in the end — Theresa May and energy minister Andrea Leadsom. 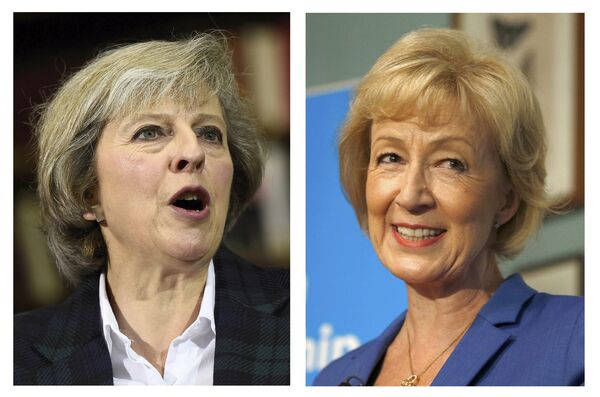 Theresa May (L) and Andrea Leadsom, are seen in this combination of two photographs, released in London, Britain July 7, 2016.
© REUTERS

The two candidates were due to begin their tour of Britain — canvassing grassroots Conservatives, ahead of a vote later in the summer. May was frontrunner — Monday (July 11), but — dramatically — Leadsom pulled out of the race, leaving the way clear for May to take over from Cameron uncontested.

Leadsom had been under pressure after suggesting Theresa May was not the best new leader, as she does not have children. Although she later apologized for the remarks, Leadsom had suffered a mauling both in the media and within the party.

Cameron had said he would stand down in September after a couple of months of a handover period, during which the elections would take place.

Poll for Tory Hotspot Puts UK MP Theresa May in First Place
However, the path is clear now — theoretically — for May to take over within days and enter Downing Street.

The news will come as a welcome surprise in Brussels, where Commission President Jean-Claude Juncker, Council President Donald Tusk and Parliament President Michael Schulz have all called for the UK to invoke Article 50 — the exit mechanism — sooner rather than later.

Theresa May will become the second female prime minster ever to walk into Downing Street and she will need every bit of the strength of the 'Iron Lady' in what she faces in the coming months: the tough round of negotiations with Brussels over a new deal for Britain outside of the EU.