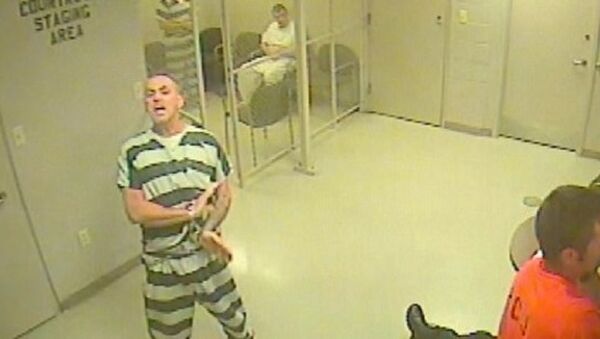 Inmates in a Parker County, Texas, jail escaped their holding pen on June 23, to save the life of a jailer who was suffering from a heart attack.

At least eight prisoners escaped from a small holding cell in the basement of the jail when a guard who had been joking and talking with them slumped over and became unresponsive.

Knowing it was extremely dangerous for them to escape, the men did it anyway, bursting through the holding cell door, despite being handcuffed. They began screaming and banging on the walls and doors to gain the attention of other guards.

“We were worried they’re going to come with guns drawn on us," Kelton said.

After realizing the guard had no pulse, the men made so much noise that other guards who were upstairs came running, thinking a fight was occurring.

New Mexico Police Recaptures Escaped Convicts
The inmates were quickly ushered back into the cell before the guards fully understood what was happening. Guards claim to have seen inmates standing over an unresponsive guard, and one reaching for a radio near the unconscious guard’s gun, though the inmates say they were trying to call for help.

“He had keys," Parker County Sheriff’s Sgt. Ryan Speegle said. "Had a gun. It could have been an extremely bad situation."

Soon, deputies began CPR on the guard, who was eventually revived by paramedics using a defibrillator to apply an electric shock.

“He’s a good man,” said Kelton, who is addicted to meth and on his fourth prison term.

Jailers acknowledged that the inmates likely saved the guards life, by getting help to him as fast as they did. The facility immediately reinforced the door that was broken.

“I watched him die twice,” Kelton said. “It never crossed my mind not to help, whether he’s got a gun or a badge. If he falls down, I’m gonna help him.”