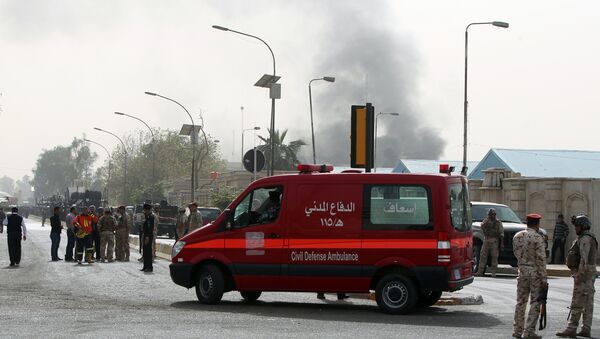 At least 30 people were killed and other 50 wounded as a result of terrorist attack at Shiite shrine in a city of Balad located 58 miles north of Baghdad, the Joint Operations Command said Friday.

MOSCOW (Sputnik) — The Sayyid Mohammed shrine was targeted by mortar fire first, following by the explosion of two suicide bombers  while the third was killed before he could detonate his belt, the statement posted on the official Facebook account read.

Daesh, a terrorist organization outlawed in numerous countries including Russia, is believed to be behind the attack.

On Sunday, the Daesh attacked the central district of Baghdad leaving 290 people dead and 180 injured.