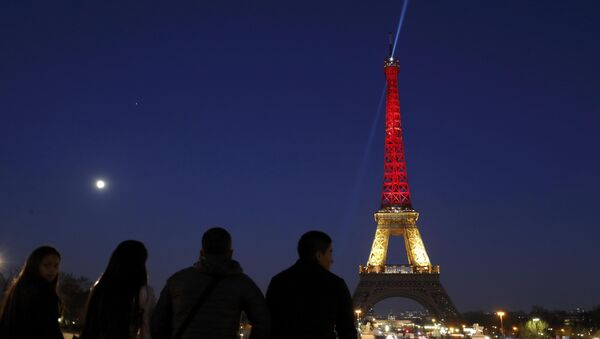 German police arrested an Algerian man suspected of being an accomplice to the preparations for the November terrorist attacks in Paris, media outlets reported Thursday.

French Intelligence Needs Overhaul After Deadly Paris Attacks
MOSCOW (Sputnik) – A 20-year-old identified as Bilal C. was detained last Wednesday in relation to a number of petty thefts. However, on Thursday the German Constitutional Court in Karlruhe issued a court order for his arrest on charges of being a member of a terrorist organization, the Suddeutsche Zeitung newspaper reported.

He reportedly was tasked by the mastermind behind the Paris attacks, Abdelhamid Abaaoud, to gather information about the Balkan route used by migrants and refugees so that Daesh terrorists could reach Paris to carry out the attacks.

He also was allegedly in direct contact with Moroccan jihadist Ayoub El Khazzani who opened fire on an Amsterdam-Paris train last August.

Before that, Bilal C. allegedly traveled to Syria where he joined Daesh and received training in a jihadist camp.

On November 13, Islamic terrorists conducted a series of coordinated attacks in the French capital, killing 130 people and injuring over 360, many critically. Daesh, outlawed in Russia and many other countries, claimed responsibility for the attack.