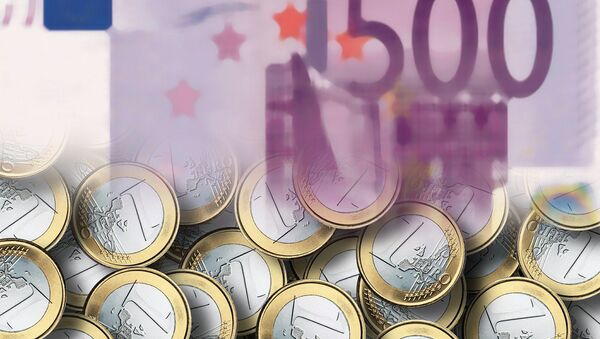 European Commission President Jean-Claude Juncker has been criticized following the commission's failure to impose penalties on Spain and Portugal for breaching EU budgetary rules, with German officials calling for sanctions to be implemented.

While Eurozone countries are required to keep public debt below three percent of their GDP or 60 percent of the total national wealth, the commission stepped in to postpone any sanctions on Spain and Portugal for recent breaches, with EC chief Mr Juncker thought to have personally intervened on the matter.

The decision to postpone any decision on a penalty drew a sharp response form Germany's EU Commissioner, Gunther Oettinger, who said the commission was risking its "credibility" if it did not enforce penalties.

"If the commission wants to preserve its credibility on upholding budget rules, we have to approve sanctions against Spain and Portugal," he told German tabloid Bild.

​"Neither country met the budget commitments that they had both set themselves. If we draw up common rules, those rules have to be adhered to."

While the commission has delayed its decision on whether to sanction guilty Member States, it is still possible that Spain and Portugal will face penalties for their inability to adhere to EU debt guidelines.

To Fine or Not to Fine

The issue of budget requires and enforcing penalties has been a matter of tension among EU Member States, with Germany, the Netherlands and other northern European countries expressing their frustration with the commission's loose enforcement of the rules, particularly in relation to the finances of Spain, Portugal and Greece.

​While some countries within the EU support Brussels' adherence of strict fiscal policies, the Mediterranean countries have called for more leniency, arguing that more funding is needed to help stimulate their respective economies.

The issue is also another matter in the strained relationship between German officials and Juncker, with reports suggesting Berlin may place pressure on the EC chief to resign next year.

​It was reported that officials in Germany have been unhappy with Juncker's reaction to the British exit from the EU, while there is also alleged disagreement over the direction of the EU post-Brexit.

While both Juncker and Germany have been keen proponents of further EU integration and "more Europe," officials in Berlin have warned that the union should take a cautious approach to the continued centralization of power in the wake of Brexit, with growing euroskepticism on the rise throughout the continent.