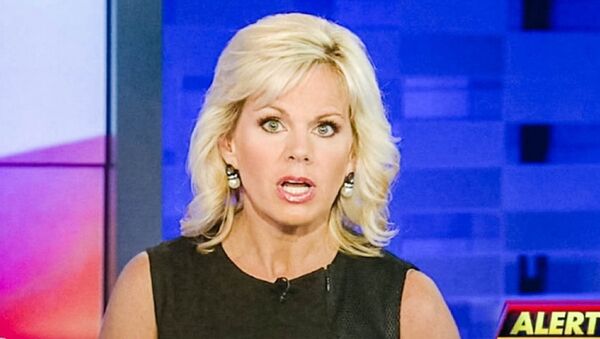 Fox News Senior White House Correspondent Off Air After Racy Tabloid Story
The complaint alleges that Ailes made “sexually-charged comments” to Carlson, who was host of “The Real Story with Gretchen Carlson” and former co-host of morning show "Fox & Friends” — comments that ranged “from lewd innuendo, ogling and remarks about Ms. Carlson’s body to demands for sex as a way for her to improve her job standing."

According to a Wednesday news release held by Carlson’s lawyers, her contract was terminated on June 23, but that was not publicly announced.

"I have strived to empower women and girls throughout my entire career,” Carlson said in a statement. “Although this was a difficult step to take, I had to stand up for myself and speak out for all women and the next generation of women in the workplace. I am extremely proud of my accomplishments at Fox News and for keeping our loyal viewers engaged and informed on events and news topics of the day.”

The complaint was filed in the Superior Court of New Jersey, and details specific encounters that Carlson had with Ailes, Politico reported.

“[D]uring a meeting last September in which Ms. Carlson complained about ongoing discriminatory and retaliatory treatment, Mr. Ailes stated, ‘I think you and I should have had a sexual relationship a long time ago and then you’d be good and better and I’d be good and better,’ adding that ‘sometimes problems are easier to solve that way,’” her lawyers wrote.

Carlson’s lawyers described an incident where Ailes told her to "turn around so he could view her posterior, commented repeatedly about her legs, and instructed her to wear certain outfits that he claimed enhanced her figure.”

The complaint also details that Ailes made sexual comments about Carlson in public, including during an industry event in which he announced that “he had slept with three former Miss Americas, but not with her.” Carlson was Miss America in 1989.

Carlson claims that she was dumped from “Fox & Friends” after complaining about the behavior of her co-host Steve Doocy.

"Doocy engaged in a pattern and practice of severe and pervasive sexual harassment of Carlson, including, but not limited to, mocking her during commercial breaks, shunning her off air, refusing to engage with her on air, belittling her contributions to the show, and generally attempting to put her in her place by refusing to accept and treat her as an intelligent and insightful journalist rather than a blond (sic) female prop," the complaint alleges.

Though Carlson was given her own afternoon show, she claims that she took a pay cut and that network support and promotion was withheld.

"We believe that the evidence will confirm that Gretchen was fired from ‘Fox & Friends’ for speaking up about demeaning and discriminatory behavior on and off the set,” Nancy Erika Smith, employment litigator at Smith Mullin P.C., who is representing Carlson, said in a statement to Politico.

Carlson is seeking compensatory damages, damages for mental anguish, and punitive damages. Fox News has yet to officially comment on the allegations.