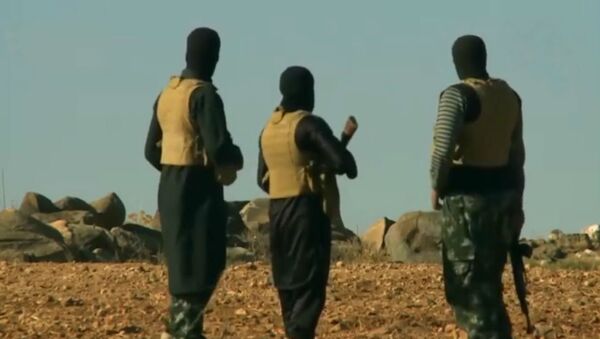 MOSCOW (Sputnik) — The State Department said the United States imposed sanctions on 38 foreign entities and individuals from 10 countries, including Russia, China and other countries on June 28, 2016 over breaching the Iran, North Korea, and Syria Nonproliferation Act. The measures will remain in effect for a period of two years.

"Deciding to once again try to put pressure on a number of organizations of our military-industrial complex under the pretext of their cooperation with other countries, particularly Syria, the United States demonstrated the essence of their policy. How can the desire of the White House to punish the Russian companies that help the Syrian people to deal with Daesh [banned in Russia] and other terrorist groups be interpreted? What is it, if not an indirect support for terrorists?" Ryabkov said.