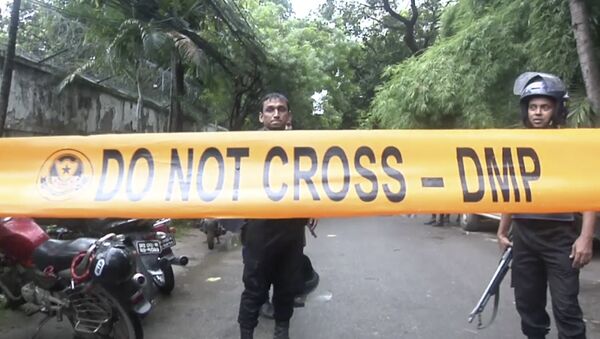 The Russian Foreign Ministry said Saturday that a terrorist attack in the Bangladeshi capital of Dhaka confirmed the necessity to consolidate global efforts in the fight against terrorism.

MOSCOW (Sputnik) — On Friday, Daesh terrorist group claimed responsibility for taking hostages inside a cafe located in Dhaka's diplomatic quarter. Some media outlets quoted the Bangladeshi army as saying that almost all of those killed were foreigners, mostly Italian and Japanese citizens.

"The events in Dhaka confirm again the necessity of immediate consolidation of efforts of the whole international community in the fight against international terrorism," the ministry said.

No Russian Citizens Among Victims in Dhaka Hostage Crisis
Earlier, the Bangladeshi army said that at least 20 people had been killed by the hostage takers before the Bangladeshi security forces began their operation to free hostages.

A special police operation to free the hostages has ended, with a total of 13 people rescued, Prime Minister Sheikh Hasina said earlier. Security forces killed six attackers and captured one, with two security officers killed during the operation, according to reports.