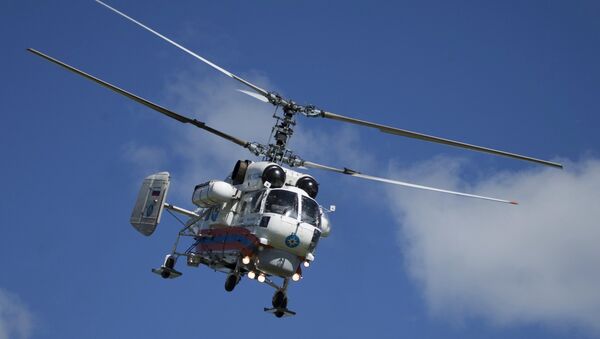 The Russian Helicopters company's press service said on Friday the holding had agreed with the Portuguese Interior Ministry to evaluate the state of its Ka-32 multirole helicopter fleet, servicing it to prolong airworthiness.

MOSCOW (Sputnik) — Earlier this week, Portugal's Minister of Internal Administration Constanca Urbano de Sousa requested Russia's Minister of Emergency Situations Vladimir Puchkov, who is on a working visit to Lisbon, to service the country's fleet of six Ka-32A11BC helicopters that were purchased in 2006.

"During the meeting, Russian Helicopters confirmed its readiness to directly support the airworthiness of the Portuguese Interior Ministry's helicopters. The sides reached agreement on sending the company’s experts to monitor and evaluate the current state of the fleet and keep up its operability," the press service said in a statement.

The Ka-32A11BC helicopter is designed for search and rescue operations, firefighting missions and providing support in law enforcement operations. It has a payload of up to five tonnes, is equipped with modern electronic systems and has low operating costs as well as a prolonged service life.