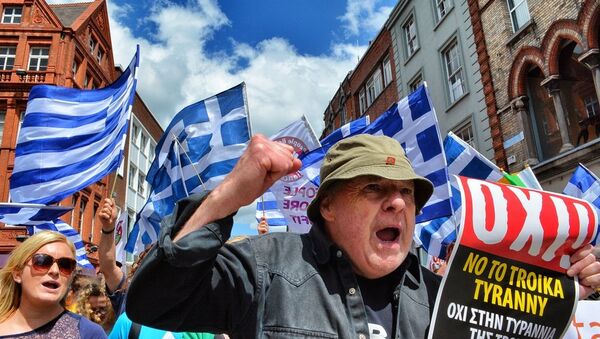 © Flickr / Des Byrne
Subscribe
International
India
Africa
A year after capital controls were introduced in Greece as part of the third bailout agreement with its creditors, the Greeks are still suffering from the harshest of austerity measures, leading to despair, anxiety and a rise in drug usage, Sputnik has been told.

Eurozone Finally Capitulates Over Greek Bailout, But Major Hurdles Remain
The third bailout austerity measures have proved deeply unpopular in Greece, with many demonstrations and rising street crime. The reforms included "streamlining the VAT system and broadening the tax base to increase revenue" and "up-front measures to improve long-term sustainability of the pension system as part of a comprehensive pension reform program." 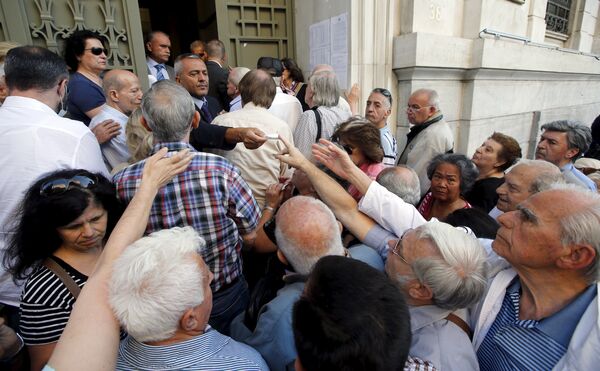