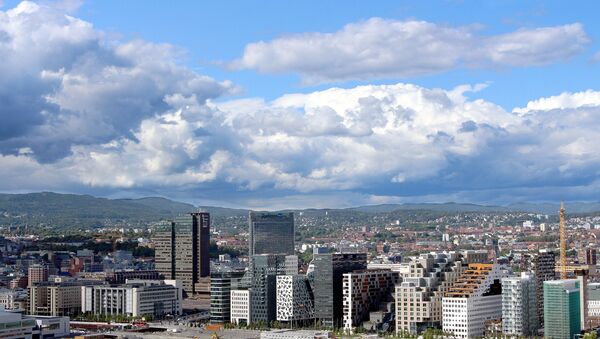 As the British are on their way out of the European Union, numerous experts and statesmen have promoted the Norwegian model as a means to retain at least some of the EU bonuses. For many, however, the Norwegian compromise does not seem to be good enough.

Friends With Benefits: UK Strives to Become New Norway
The populist United Kingdom Independence Party Leader Nigel Farage wanted Britain badly out of the EU. Now he seems to have gotten his way, but still would not have the Norwegian solution, which by many British and European politicians and political scientists has been touted as the most promising compromise with the British EU renegades.

"Norway's state of affairs would be unacceptable for Britain. The Norwegian people voted against membership in the EU. One would thus expect the politicians to keep their word. Nevertheless, the [Norwegian] parliament deceived its people and lured Norway into a bad deal with the EU. This is something I want to protect the British people from. As we leave the EU, we will get ourselves a good deal," UKIP leader Nigel Farage told the Norwegian newspaper Verdens Gang.

The EU is done for. The sooner it’s replaced with a different kind of Europe of trade and co-operation, the better.

​Earlier, commentator Wolfgang Münchau of The Financial Times lauded Norway as the best available solution to the Brexit situation, which he described as "messy." The Norwegian option would therefore leave the UK with full access to the single European Market, but without a say on EU matters.

Remarkably, Norway's own political establishment expressed doubt on Britain's prospects following Oslo's footsteps. None other than Prime Minister Erna Solberg said that she did not believe the British would select the European Economic Area Agreement, which grants Norway's special status, as it was "too extensive and too binding."

Crude Prices Poised to Spike as Norwegian Oil Industry Gears Up for Strike
Before the momentous UK referendum, Norway's former EU adviser and current director of environmental organization Bellona's Brussels office Jonas Helseth warned Brits against following the Norwegian path, which he described as "a membership without voting rights." Incidentally, this time both got full support from Nigel Farage, who last year praised the Norwegian deal and called Norwegians "a happy people," Verdens Gang earlier pointed out.

"You can at least fish your own fish and have plenty of money, so this deal is not so cruel to you. For Britain, it would be much worse, though. I will not have a Norway-type solution, but a British solution on our own terms," Farage told Verdens Gang.

At the same time, the Brexit ideologist repudiated the notion that the island nation would thus distance itself further from Europe.

"I still want us to engage in trade with the EU, as well as people to continue working in the UK and vice versa. But there must be a fair and good deal where we do not cede sovereignty to the EU, now that we have secured it again," he said.

Norway's Klondike: From Oil Capital to Unemployment Capital
Although the Kingdom of Norway is not a member state of the EU, it is closely associated with the Union through its membership in the European Economic Area (EEA) since 1994. The same year, a referendum was held, in which the European Union was rejected by a slim majority of Norwegians. For decades, Norway has emerged as one of the EU's leading trade partners at the cost of donating billions of euros to the EU projects and implicitly following the EU rules on the single market and free movement of people.

This hardly seems to appeal to the UK, as the turmoil caused by unruly immigration was cited as the foremost arguments of the "leave" party. Between 1993 and 2014, that is before the start of the European migration crisis, the number of foreign-born residents of the UK more than doubled from 3.8 million to about 8.3 million.