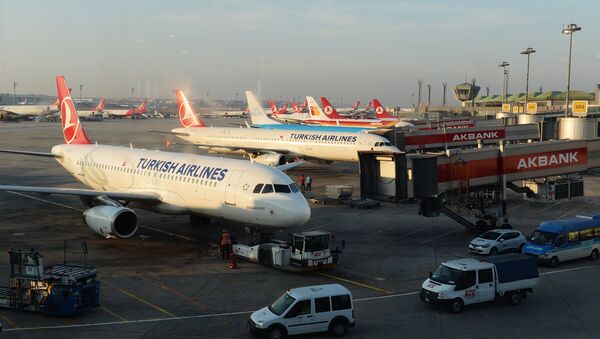 It is too early to discuss the influence the terrorist attack on an Istanbul airport may have on the relaunch of Russia-Turkey charter flights, the Russian Transport Ministry said Wednesday.

Following the downing of a Russian combat aircraft by Turkey over Syria in November, Moscow imposed a number of restrictive measures on Ankara, including a ban on charter flights between the countries, and advised local tour operators to refrain from working with Turkish suppliers.

"It is still to early to say anything specific about the impact of the recent events on the dates of charter flights resumption between Russia and Turkey. Relevant decisions will be taken by the government if there are grounds for doing so," the ministry's press service told RIA Novosti.

Turkish Prime Minister Binali Yildirim said that three suicide bombers participated in the attack. Initial indications suggest that Daesh, outlawed in Russia, is responsible for the terrorist attack, though the investigation is still underway, Yildirim said at a press conference Wednesday.