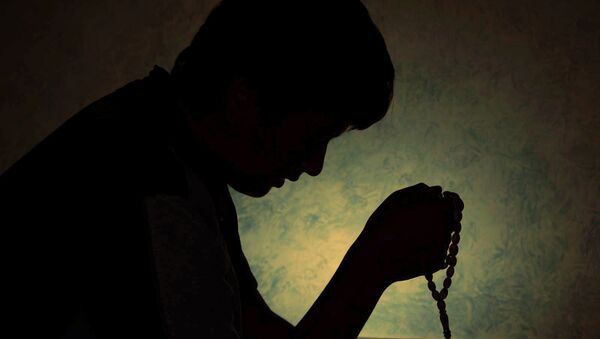 © Flickr / mrehan
Subscribe
International
India
Africa
The Supreme Court of Japan has upheld the government’s right to continue the mass surveillance of Muslim residents, places of worship, halal restaurants, and other institutions related to the practice of Islam.

Texas Imam Rejects Islamophobia Rise in US
The decision came from a second court appeal in a case of Japanese Muslims who argued that the broad monitoring is unconstitutional, invades their privacy, and infringes on their freedom of religion.

"They made us terrorist suspects," Mohamed Fujita, one of the plaintiffs in the case, told Al Jazeera. "We never did anything wrong — on the contrary."

Police files leaked in 2010 revealed the mass surveillance operation, and the 17 plaintiffs were awarded $880,000 for violation of their privacy. This did not, however, end the spying program, which was deemed “necessary and inevitable.”

"Germany had a similar programme, and they investigated and maintained files on 30,000 Muslims in Germany and didn't find, apparently, a single terrorist among them," Jeff Kingston, director of Asian studies at Temple University in Tokyo, told Al Jazeera. "So it's not clear that this indiscriminate surveillance is useful."

Appeals in the case were dismissed twice before moving to the Supreme Court.

"We were told we don't have a constitutional case, we're still trying to figure out how it is not constitutional,” Junko Hayashi, the lawyer for the 17 plaintiffs told the Independent.

"People of the Islamic faith are more likely to be targeted… despite not having any criminal activities or associations or anything like that in their background, simply because people are afraid," Snowden said.

"But in Japan, let's look seriously at that. The Aum Shinrikyo was the last significant terrorist event in Japan, and that was over 20 years ago," he added, referring to the 1995 sarin gas attack on a Tokyo subway that killed 13 people and injured 6,000 others.

He noted that even in that case, the perpetrators were not followers of the Islamic faith.

"This wasn't a fundamental Islamic extremist group, this was a crazy doomsday cult that wanted to make their founder the new emperor of Japan."