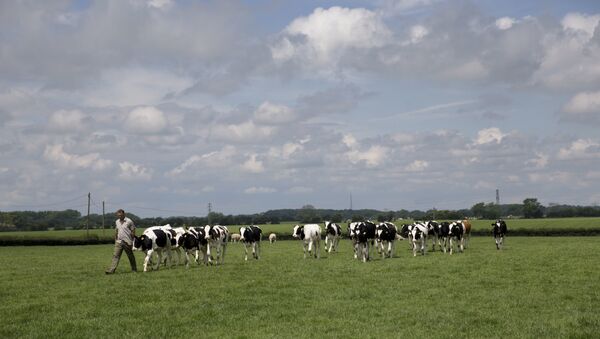 London's exit from the EU may deal a blow to British farmers who will lose the single EU market, a former French agriculture minister said.

MOSCOW (Sputnik) — The United Kingdom’s exit from the European Union could negatively affect the UK farmers, as they will be deprived of the single market and the EU financial aid, French government spokesman and former Agriculture Minister Stephane Le Folle said Wednesday, a day before the so-called Brexit referendum.

"If the United Kingdom quits the European Union, there will be no European aid to the UK farmers. There will be no single market anymore. I am asking them to think this through thoroughly," Le Folle told the France Info radio station.

He reminded that Switzerland and Norway, who are not part of the bloc, have to pay for the access to the single market.

"If the Brits want to pay, they will have to go through negotiations on a trade agreement and there will be taxes that will have to be agreed upon," the government spokesman added.

Brexit to Cripple UK's Leadership in Science, Innovation - UK Universities
On Thursday, the British public will vote in a referendum on whether their country should stay in or leave the European Union. The referendum was scheduled after UK Prime Minister David Cameron and the leaders of the 27 EU member states agreed in February to grant the United Kingdom a special status within the bloc.