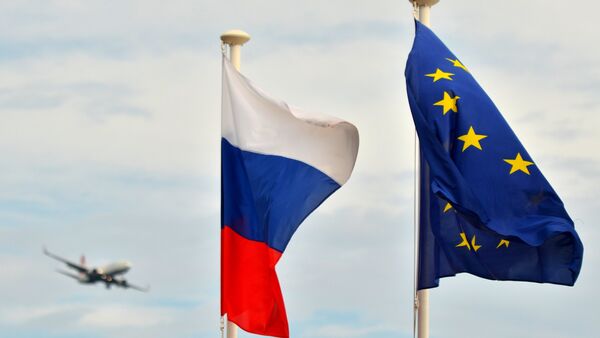 The European Union has agreed to extend economic sanctions against Russia until late January 2017, a source in the European Union Council told Sputnik Tuesday, adding that the Council still has to make a formal decision on the matter.

Divisive Issue: EU Split Over Prolonging Sanctions Against Russia
MOSCOW (Sputnik) — The EU leaders summit is scheduled for June 28-29. Extending the EU economic sanctions against Russia, which are due to expire in July, is likely to be on the summit's agenda.

“Yes. But it still needs a formal Council decision,” the source said, when asked whether the bloc has agreed to extend the sanctions.