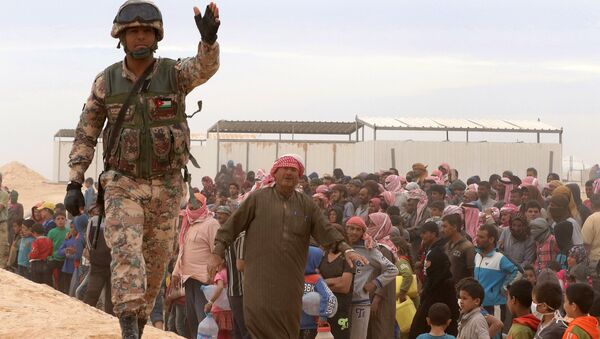 The "cowardly" car bombing killed and injured a number of Jordanian border guards, according to the national army's statement. The attack took place in front of the refugee camp in Rukban, a town located some eight kilometers away from the point where the borders of Jordan, Iraq and Syria meet.

The army managed to destroy several other vehicles of the enemy, the Petra news agency reported.

A statement by the Jordanian officials is yet to follow.

Jordanian Ambassador to Russia Ziad al-Majali said in May that Jordan did not rule out deploying troops to ward off Daesh militants, outlawed in many countries including Russia and active in Syria among other countries, from its border with Syria.

Neighboring Syria has been mired in civil war since 2011, with a number of opposition factions and extremist Islamic groups fighting the Syrian Army in an attempt to topple the government.