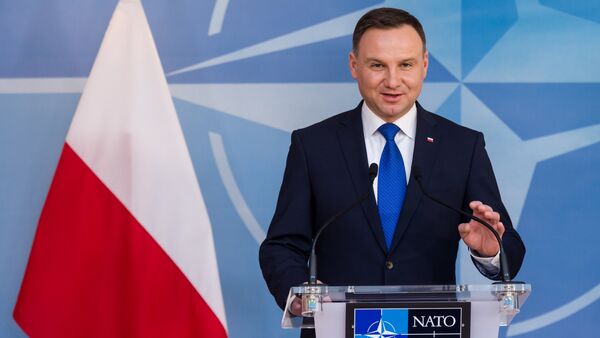 "[The decision] is the worst possible, because it is made ahead of the NATO summit and World Youth Day, large-scale events attracting many people from the outside. It also attracts the attention of terrorist groups, as the security services admit," Schetyna was quoted as saying by RMF, adding that Warsaw should have postponed the announcement.

A US-led coalition of over 60 nations has been conducting airstrikes on Daesh positions in Iraq and Syria since 2014, the terrorist group prohibited in the United States and Russia among others countries.