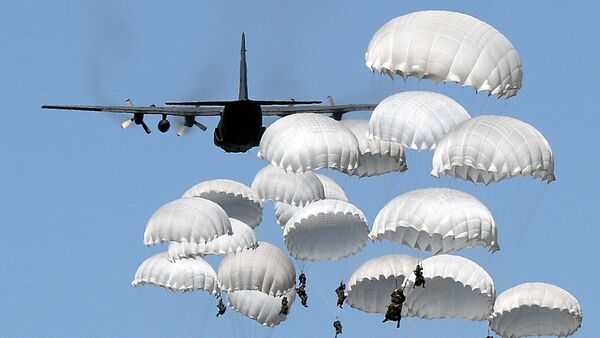 © AFP 2023 / JANEK SKARZYNSKI
Subscribe
International
India
Africa
NATO's Anaconda 2016 military exercises, which recently wrapped up in Poland, were exceptionally foolish because of their deliberately provocative nature, according to John Mearsheimer, a University of Chicago political scientist.

World
Debunking of 'Russia's Myths About NATO' is Nothing but Hot Air
In an interview with the US government-run network National Public Radio (NPR), John Mearsheimer, a University of Chicago political scientist, berated NATO's Anaconda 2016 military drills, which he described as remarkably foolish.

The interview came after Anaconda 2016, Europe's largest military exercise since the end of the Cold War, wrapped in Poland on June 17.

According to Mearsheimer, the war games near Russia's borders worsened the risk of conflict because they can be compared to a hazardous "poke at the Russian bear."

"Running large-scale military war games in Poland that are going to be seen by the Russians as a threat — and if anything, give them an incentive to go into the Baltic States — is, I think, remarkably foolish," he pointed out.

He was echoed by German Foreign Minister Frank-Walter Steinmeier, who warned NATO against carrying out military exercises close to the Russian border.

In an interview with the German newspaper Bild am Sonntag late last week, he cautioned the alliance against flexing its military muscles and urged its members to work together with Russia for the security of Europe.

"What we should not do now is to inflame the situation with loud saber-rattling and war cries. Anyone who thinks that symbolic tank parades on the Eastern border of the alliance create more security is mistaken," he said.

Anaconda 2016, one of the largest military drills held in Poland in over 25 years, kicked off on June 6 and involved troops from over 20 NATO member states. It brought together some 31,000 servicemen, 100 aircraft, 12 vessels and 3,000 vehicles.

Russia's Response to NATO's 'Flamboyant Rhetoric' is 'Calm and Reasonable'
The exercise came ahead of NATO's summit in Warsaw on July 8-9, at which the alliance is expected to announce the next stage of its military build-up in Eastern Europe.

Meanwhile, Fyodor Lukyanov, editor-in-chief of the journal Russia in Global Affairs, said that NATO is not ready to perceive Russia as a country that is continuing to increase its assertiveness on global stage.

In this regard, the alliance's drills in Poland come as no surprise, he said, adding that "the closer the NATO summit, the higher the emotional tension."