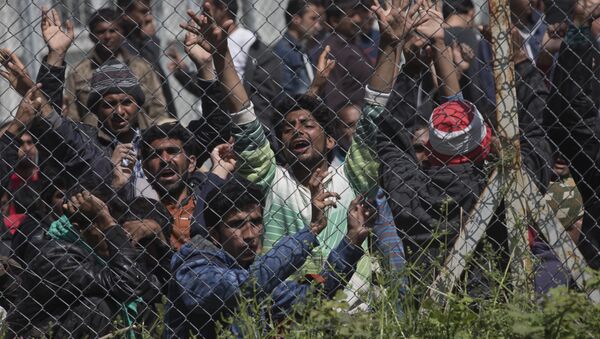 The Doctors Without Borders (Medicines Sans Frontiers, or MSF) international humanitarian group announced Friday it was no longer seeking funding form the European Union over its dangerous migration policies.

MOSCOW (Sputnik) — The group called on the European Union to expand its existing deal on refugees with Turkey to "countries such as Eritrea, Somalia, Sudan & Afghanistan: 4 of top 10 refugee producing countries."

BREAKING: MSF announcing we will no longer take funds from the #EU & its Member States. #livetweeting

​The European Union is currently struggling to manage a massive refugee crisis dubbed by Frontex as the worst refugee crisis since World War II, with hundreds of thousands of people leaving conflict-torn countries in the Middle East and North Africa to escape violence and poverty and seek asylum in Europe.

In mid-March, Brussels and Ankara agreed on a deal under which Turkey pledged to take back all undocumented migrants who arrive in the European Union through its territory in exchange for Syrian refugees accommodated in Turkey, on a one-for-one basis. In return, the 28-member bloc pledged to accelerate the Turkish EU accession bid and introduce a visa-free regime between Turkey and the Schengen Area.