Man Who Stabbed Policeman to Death in Paris Killed During Assault 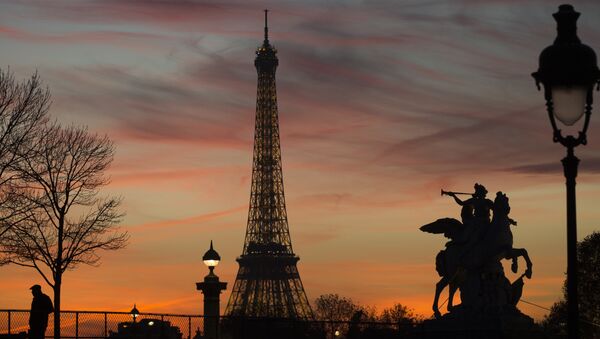 © AFP 2022 / JOEL SAGET
Subscribe
A man who stabbed a policeman to death in Paris and took hostages, has been killed during assault.

The incident began when the man, as yet unidentified, killed a police officer, 42-year-old Jean-Baptiste Salvaing, outside of his home by stabbing him repeatedly and then took the officer's wife and son hostage in the suburb of Magnanville, roughly 35 miles west of Paris. Salvaing's wife, who worked for the French Interior Ministry, was killed. Their three-year-old son was found "shocked but unharmed."

"The toll is a heavy one, interior ministry spokesman Pierre-Henry Brandet told reporters. "This commander, this police officer was killed by the individual…[and] we discovered the body of a woman. The assailant, the criminal was killed. Thankfully, a little boy was saved. He was in the house. He's safe and sound. He was saved by police officers."

The officer was off-duty at the time of the stabbing.

The attacker was killed after riot police stormed the premises.

The attacker was reportedly the neighbor of the murdered officer and had pledged allegiance to Daesh, also known as IS/Islamic State, according to Agence France-Presse.