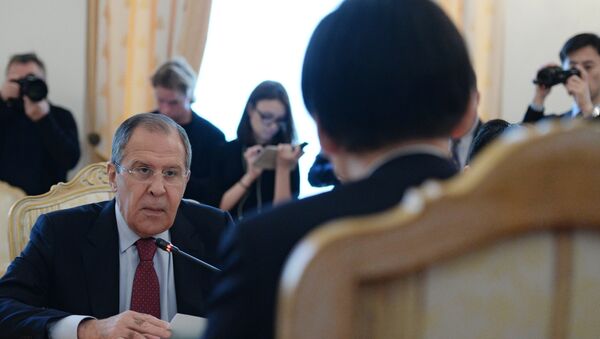 "We are considering Seoul a key partner in the Asia-Pacific region," Lavrov said, beginning the talks with his South Korean counterpart Yun Byung-se.

Lavrov added that all ministries were undertaking these efforts, notably the foreign ministries of the two countries.

"We are noting: despite the complicated international situation, we managed to preserve the dynamics of a political dialogue, the potential for practical cooperation and constructive interaction on security issues," the minister continued.

Both foreign ministers are expected to sign later on Monday a 2016-2017 plan of exchanges between the ministries.

Yun's visit to Russia kicked off on June 12 and will last till June 14. This is his first official visit to the country since he took office in 2013 and the first such visit by a South Korean foreign minister in five years.