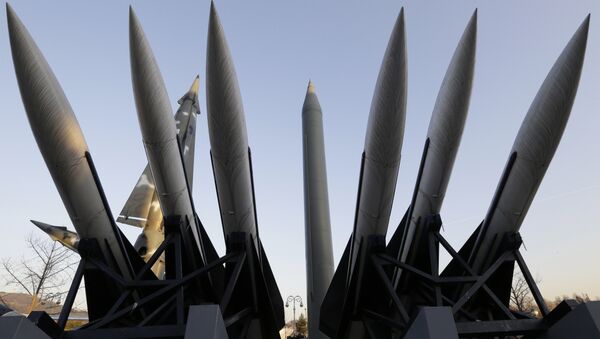 MOSCOW (Sputnik) — According to the South Korean minister, Moscow and Seoul agreed that "the fourth nuclear test, as well as a launch of a ballistic missile in the beginning of the year is a serious threat not only for peace and operation in the NEA, but for security of the international community."

"Today we agreed with [Russian Foreign] Minister [Sergei] Lavrov that North Korea's nuclear issue is the largest obstacle in strengthening multifaceted cooperation between the two countries in order to make the NEA region [the Northeast Asia] peaceful and prosperous," the minister said.

North Korea Reactivates Nuclear Plant, Could Have New Bombs by 2017
North Korea declared itself a nuclear power in 2005, and has conducted several underground nuclear weapon tests since, raising concerns worldwide, and especially among countries in the region.

Tensions over North Korea's nuclear and ballistic missile programs escalated after Pyongyang said on January 6 that it had successfully carried out a hydrogen bomb test and put a satellite into orbit on February 7. The moves reportedly violated UN Security Council resolutions, and triggered the United Nations as well as the United States to impose sanctions.