Belgian Security Services Have Info on Potential Attacks During Ramadan 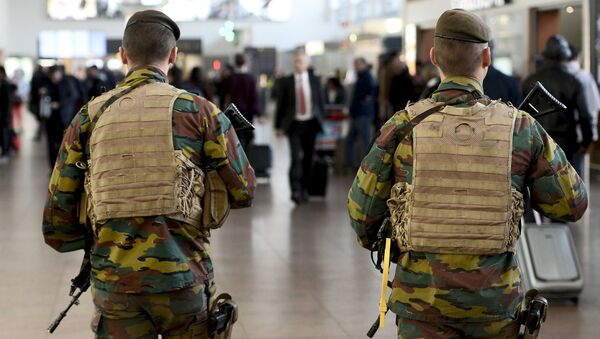 The Belgian security services have information about potential terror attacks in Brussels during the Muslim holy month of Ramadan that started a week ago, local media reported Monday.

Al-Nusra Front Continues Syria Ceasefire Violations Despite Ramadan
BRUSSELS (Sputnik) — According to HLN newspaper, the Brussels police and security patrol were ordered to be on high alert at the sites where the Euro-2016 competition matches are publicly broadcast as well as around hospitals and schools in the capital.

On March 22, two explosions hit Brussels Airport. A third blast hit Maelbeek metro station near the headquarters of the EU institutions. The explosions killed over 30 people and injured more than 300. Daesh terrorist group claimed responsibility for the attacks.