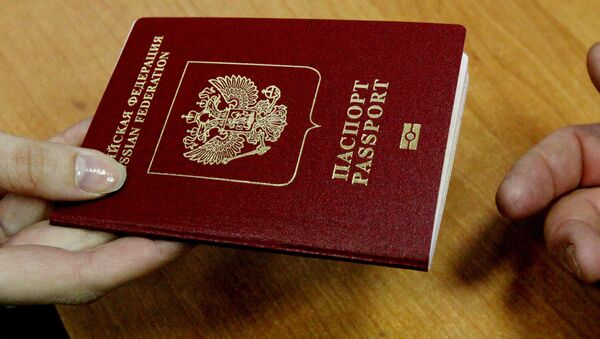 © Sputnik / Vitaliy Ankov
/
Go to the photo bank
Subscribe
The process of visa liberalization should concern not only Turkish citizens, but also Russians, the head of the annual Munich Security Conference Wolfgang Ischinger said.

According to him, the possibility of visa-free travel to EU countries would give Russian citizens better opportunities to participate in scientific exchanges and educational programs.

"We need to increase the number of educational programs for Russian citizens by three, four times… We need to remove visa restrictions not only for Turks but also for the citizens of Russia," Ischinger said speaking at a media forum organized by Deutsche Welle.

According to the politician, the EU has a lot of educational programs, but they won't be fully implemented as long as "there is no common European media space."

"This will attract more people to sharing information and knowledge," Ischinger said.

Lithuania Calls for Quick Introduction of Visa-Free EU-Georgia Travel
Earlier, the European Commission proposed the introduction of a visa-free regime for citizens of Ukraine, Turkey, Georgia and Kosovo. However, the EU countries failed to reach a common agreement on this issue so far.

In March, Brussels also agreed on a deal with Ankara under which Turkey pledged to take back all undocumented migrants who arrive in the European Union through its territory in exchange for Syrian refugees accommodated in Turkey, on a one-for-one basis in return for a visa-free regime for Turkish nationals.

The European Union has 72 requirements for Turkey, most of them already fulfilled by Ankara, but Turkey is yet to meet the requirements on the revision of Turkey's national anti-terrorism laws, freedom of the press, measures on combating corruption and judicial cooperation with all EU member countries.

000000
Popular comments
Before the Ukraine imploded and Russia was falsely blamed for it, there was already discussion of visa-free travel between the EU and Russia. Hopefully, it will work out this time.
cpascal1
13 June 2016, 21:05 GMT1
000000
I wonder what sort of twisted game Mr. Ischinger playing. Yes, he is correct in that travel restrictions should be reduced for citizens of Russia. But what about Turkey, a nation who's leader has filled the population with trained terrorists, who actively supports terrorism in Syria, and who is engaged in the slaughter of his own civilian population? As pleasantly favorable as Ischinger is towards Russian citizens, his compromise is deeply flawed and his mind is hopelessly sick.