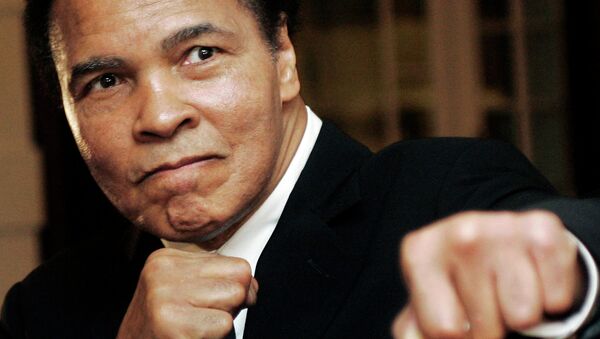 © REUTERS / Andreas Meier/Files
Subscribe
At Muhammad Ali’s funeral Friday, establishment politicians and celebrities uplifted the militant former champion as an exemplar of American values. What they left out is his lifetime of firm stances that put him in direct conflict with the state.

Radio Sputnik’s Loud and Clear speaks with Askia Muhammad, Final Call journalist and news director of Pacifica Radio's WPFW station in Washington, DC, activist and author Eugene Puryear, and scholar and historian Dr. Anthony Monteiro, about Ali’s life and radical legacy, and what lies at the root of mainstream media’s attempt to whitewash him. 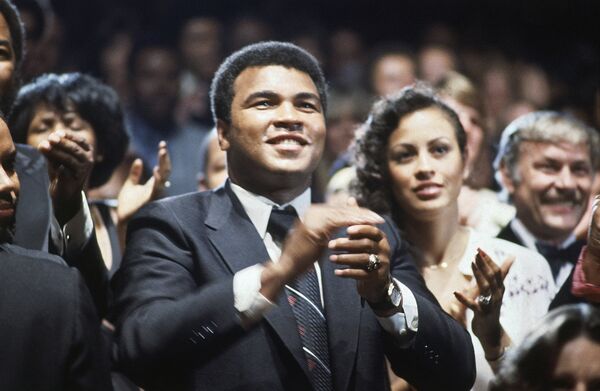 "What people are celebrating is a life of courage,” said Monteiro,”a life dedicated to extreme generosity towards the poor and oppressed, a man who was principled and kind, a person who is probably the greatest cultural and sports figure of modernity, he was a world transformative figure, and I don’t think we’ll ever see the likes of Muhammad Ali again.”

​"Jim Crow was a long time ago, but it wasn’t that long ago," he began, "so ultimately the issues of racism still sticks with us." Puryear explained that a part of Ali’s importance is the positive impact he had on Black America’s collective psyche. "Being the heavyweight champion, which was considered the baddest, toughest man alive, to succeed in this element of masculinity when your community has been stripped of it, has this relevance that stretches throughout the ages, which is why people like Muhammad Ali and Malcolm X always pop up as youth icons, no matter how much time passes, because when young people are standing up and saying 'we want to be counted,' this it what they embody."

​Host Brian Becker pointed out that very little mention has been made of the "vociferous opposition" Ali faced as a result of his anti-war stance, commenting that, “he wasn’t always America and the world’s most-beloved person, he was scorned and treated with contempt.” Continued Photos of Muhammad Ali Funeral Service as they now reach the cemetery.

​Monteiro agreed, saying that Ali’s refusal to serve in Vietnam "turned the tide" of public opinion of the war in America and helped instill a new militancy young Black Americans.

​Muhammad added that a part of what made Ali a symbol of resistance was his willingness to sacrifice everything for his beliefs.

​Monteiro"Muhammad Ali gave up everything." he said, "Unlike other leaders at that time, he had something to lose."

Becker asked about the role of athletes in the Civil Rights Movement, pointing out that Paul Robeson, Jackie Robinson and other black athletes have also had their histories sanitized.

Monteiro suggests that Ali is most like Robeson, because they both had an international outlook. He pointed to Ali’s solidarity work with Palestinian liberation and the anti-apartheid movement in South Africa.

"So Muhammad Ali is this great anti-imperialist and anti-colonialist, and the ruling elite just can’t wrap their heads around the enormity of his impact on world humanity…"

000000
Popular comments
Muhammad Ali, the greatest boxer of all time who also stood against the injustices of this world. May he rest in peace in Allah's garden.

Nordaf
11 June 2016, 05:02 GMT2
000000
I'm paraphrasing but: 'if you're used by the enemy you're useless to your people.' Elementary and impressive insight from Ali. Bill Clinton should not be allowed to speak at Ali's funeral, he's a freeloader, amongst other things.