German Bundestag to Vote on Creating Security Collective Including Russia 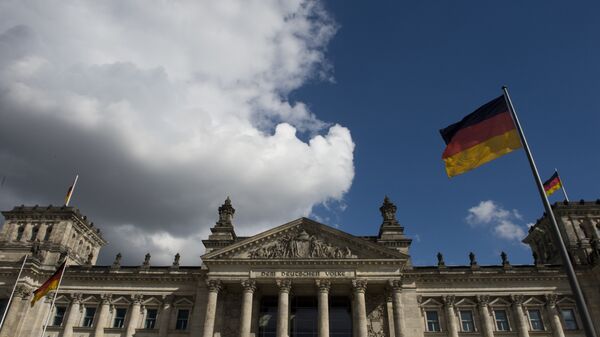 © AFP 2023 / JOHN MACDOUGALL
Subscribe
International
India
Africa
The German parliament is likely to vote on a resolution that stipulates the establishment of a security collective "from Lisbon to Vladivostok" instead of NATO on July 7, a member of the parliamentary defense committee told Sputnik on Wednesday.

From Lisbon to Vladivostok: Merkel Seeks Free Trade Zone Between Russia, EU
MOSCOW (Sputnik) – According to Neu, some left-wing members of the Bundestag are planning to travel to Warsaw ahead of the NATO summit, which will take place on July 8-9, to protest against the alliance.

The resolution, seen by Sputnik, was drafted earlier this month. It calls on Germany to "choose the course in foreign policy aimed at dissolution of NATO and replacing it with a system of mutual collective security in Europe that will include the Russian Federation. "

The document denounces the practice of military interventionism and urges to stop threatening Russia militarily, which is "not only politically required but also urgent."

It urges Berlin to convince other NATO member states at the bloc’s July summit in Warsaw to abolish missile defense in Europe, oppose Montenegro joining NATO, make it clear that Ukraine, Moldova and Georgia will never be accepted as members of the bloc and "make a stand against stationing US troops in Eastern Europe because that threatens the NATO-Russian acts."

Die Linke believes that the alliance is systematically violating basic rights guaranteed in Germany "especially the right to life and physical integrity and the right to information self-determination," and demands withdrawal of US nuclear weapons from the German territory.

Since 2014, the alliance has been building up its military presence in Europe, especially in Eastern European countries neighboring Russia, using alleged Russian interference in the eastern Ukraine conflict as a pretext.