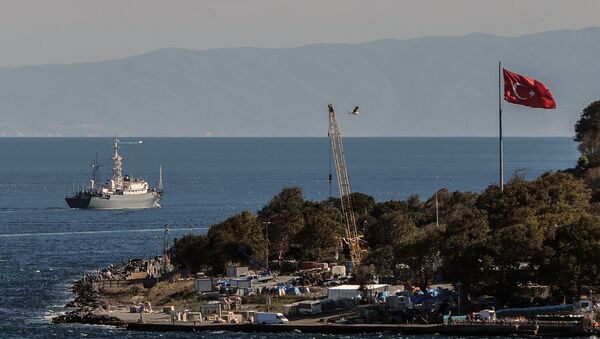 © AP Photo
Subscribe
Chairman of the opposition “Vatan” Party in Turkey, Doğu Perinçek, spoke to Sputnik about the efforts of his party to improve relations with Russia.

“Representatives of our party maintain regular contact with Syria, Iran and Russia. Our delegations hold meetings with senior representatives of these countries. We maintain active mediation efforts to ensure that our relations with Russia and Syria reach a proper high level of improved development.”

Russia Ready to Consider Turkey's Proposals on Normalizing Relations
Perincek further said that his party has taken effective steps for this in the course of meetings at various levels with representatives of Syria and Russia.

“The probability that we can make significant progress in this area is very high. We all see what sort of situation is developing in the north of Syria. In fact, the United States has lost because the government of Bashar al-Assad has destroyed all American plans as he still remains in power.”

“Turkey must understand that its political and economic plan has only one right direction and that is the effort of establishing communication and cooperation with the Syrian and Russian governments,” Perincek added.

Russian-Turkish relations deteriorated after the downing of a Russian Su-24 bomber by a Turkish fighter jet in Syria on November 24, 2015. Moscow imposed a number of restrictive measures on Turkey in response to what Russian President Vladimir Putin classified as a "stab in the back."

Russia's retaliatory measures against Ankara include, in particular, restrictions on the activities of Turkish organizations in Russia, an embargo on Russian employers hiring Turkish citizens and a ban on certain food imports which came into effect on January 1, 2016.