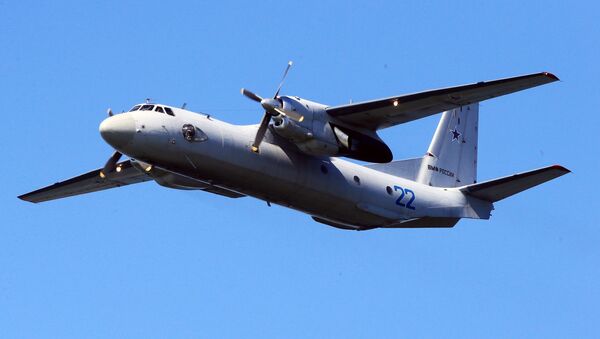 Russian military aircraft An-26 made a scheduled flight on the route from Kaliningrad to St. Petersburg and did not violate the airspace of Estonia, the Russian Defense Ministry's press service said Tuesday.

Russian Drones Repeatedly Violated Poland's Airspace - Defense Minister
MOSCOW (Sputnik) — Earlier on Tuesday, the Estonian Defense Forces said that Russian military aircraft An-26 allegedly violated the country's airspace. According to the Estonian military, the Russian ambassador to Tallinn was invited to the Estonian Foreign Ministry, where he was handed a protest note.

"The flight was carried out in compliance with a strictly specified route. During the flight, the aircraft did not deviate from his way and did not violate the airspace of Estonia, which can bee confirmed by objective control data," the press service said in a statement.

The Russian Defense Ministry stressed that the flight of the Russian Armed Forces' aircraft was carried out in full compliance with all the international agreements related to the use of the airspace.