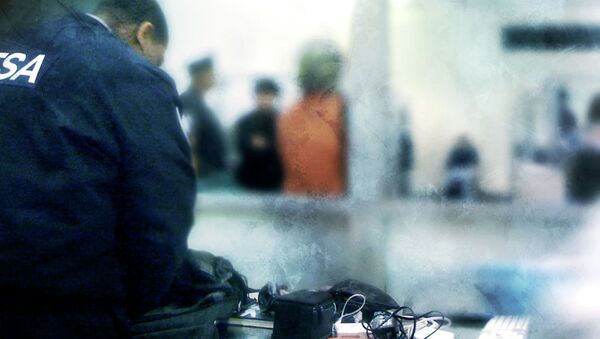 © Flickr / Truthout.org
Subscribe
For the first time since the release of an incriminating 2015 report that the Transportation Security Administration (TSA) failed to detect fake bombs and weapons in an eye-opening 95% of covert audits, the Inspector General of the Department of Homeland Security (DHS) is gearing up for new security tests.

The TSA has been the subject of heated debate and ridicule among lawmakers, as travelers consistently are subjected to checkpoint lines so long that they miss their flights.

TSA administrator Peter Neffenger, who took over leadership of the agency in July 2015, one month after auditors successfully smuggled hundreds of fake weapons and explosives past screeners, has claimed that he has retrained the agency, ending the practice of punishing whistleblowers. Despite the long lines, so bad that dogs are brought to play with travelers, to keep them calm, he maintains that what many Americans describe as the TSA’s ‘security theatre’ keeps passengers safe.

During a Homeland Security and Governmental Affairs Committee hearing on Tuesday, DHS Inspector General John Roth stated his belief that the agency is in a better place than during the last round of covert auditing.

“As a result of our audit reports… TSA is now, for the first time in memory, critically assessing its deficiencies in an honest and objective light,” Roth stated.

Over the past three years, Congress has cut the number of screeners by 10%, approximately 4,622 agents.

Last month, it was announced by Homeland Security director Jeh Johnson that TSA will be increasing overtime hours for its employees, as well as hiring 768 new screeners. This number falls far short of the 6,000 new hires requested by the president of the union representing TSA employees.