Caracas Warns of Military Intervention Into Venezuela Amid Clash With OAS 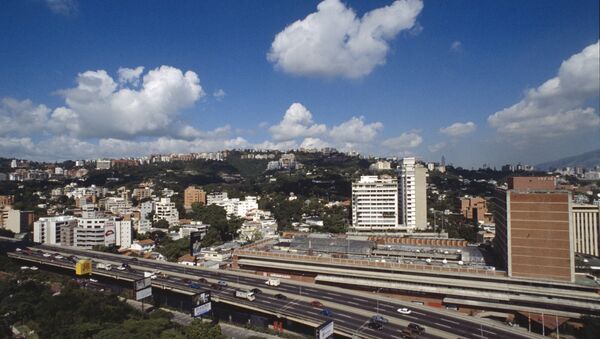 Venezuela’s government has warned of a danger of a military intervention into the country and has slammed the Organization of American States (OAS) for its decision to hold an emergency meeting on Venezuela.

Uninvited Intervention: Maduro Accuses Venezuela Parliament of Treason
MOSCOW (Sputnik) – Venezuelan Foreign Minister Delcy Rodriguez criticized OAS chief Luis Almagro on Wednesday, saying, as quoted by Noticias MVS, that he is making "fraudulent use" of his office and that, being Washington’s tool, is part of a scheme to cease Venezuela’s resources.

According to Rodriguez, Almagro has conducted a campaign of harassment against the government of Venezuela for the past six months.

Earlier this week, Almagro called for an emergency meeting of the OAS Permanent Council to assess the situation in Venezuela. The 35-member grouping held talks on Wednesday; another session should take place on June 10-20.

Brazil at Risk of US-Backed Maidan Scenario Plunging Country Into Civil War
According to the organization’s Democratic Charter, if diplomatic measures decided on during the council’s talks prove unsuccessful, the OAS General Assembly may vote to exclude the country from the organization.

Venezuelan President Nicolas Maduro has been facing a wave of criticism over discontent with his government and acute economic and social problems, including a drop in oil prices, hospital crises during the spread of the Zika virus, power outages and skyrocketing inflation.

On Wednesday, Maduro said his country was ready to take arms to defend its sovereignty, if necessary.