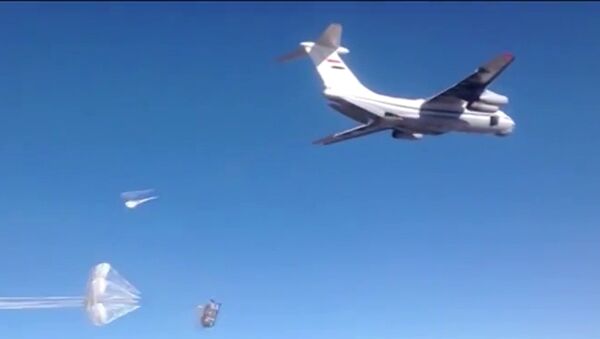 Number of Daesh Attacks in Syria Increased by 39%
WASHINGTON (Sputnik) — The Syrian government is cooperating with the United Nations to make humanitarian aid available to all Syrian citizens amid international concerns of food and medicine availability, Syrian presidential advisor Dr. Bouthaina Shaaban said on Thursday.

"About the Syrian government not allowing aid drops, I would like to [say] that these are our people in Syria and we are trying our best with the UN representative here to find the best way to make all medicine, all food within reach of every single citizen in Syria," Shaaban told reporters at the National Press Club via satellite connection.

Western media outlets have alleged that the Syrian government is blocking humanitarian aid from reaching besieged areas in Syria. On Thursday, US and British officials denounced the Syrian government for allegedly allowing only limited amounts of aid into the cities of Darayya and Muadhamiya.

US's Kurdish Gambit Threatens to Divide Syria into Spheres of Influence
Shaaban, who was invited to speak by the Global Alliance for Terminating ISIS [Islamic State] and Al-Qaeda, responded to the allegations stating that the UN envoy to Syria told officials in Damascus that "it is impossible" to airdrop childrens' vaccines, and other important medicine, because it is "costly…very dangerous and it is not secure."

"This doesn’t mean we are not trying our very best to make everything arrive to our citizens," Shaaban said.

On Wednesday, the first aid convoy since 2012 reached Damascus suburbs Daraya and Moadamiyeh. On Thursday, the US State Department urged Russia to help international aid convoys gain continued ground access and airdrops if they are needed.

Shaaban works under Syrian President Bashar Assad as a political and media advisor, and has been sanctioned by the US government. Prior to her speech at the National Press Club, it was unclear whether her address via satellite would violate US sanctions, though the group hosting the event assured reporters they had been in contact with US officials.