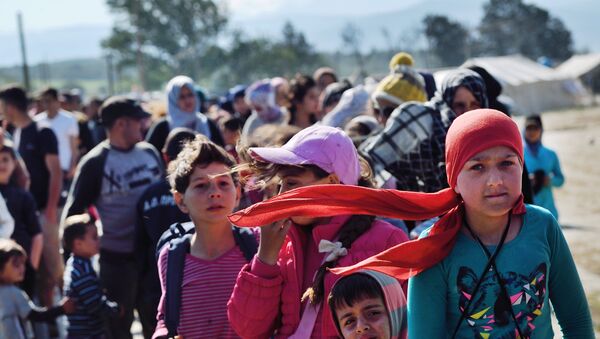 The European Union, claiming to be devoted to human rights, has been revealed of failing to adequately deal with its first serious test, said the head of Amnesty International, Salil Shetty.

Prior to the World Humanitarian Summit in violence-struck Istanbul, Shetty expressed disappointment in the way the EU, a self-described advocate of human rights, is addressing the refugee crisis.

"I always say this about Europe: they're constantly lecturing to the rest of the world about human rights, but…the first real test, they're faced with a million refugees and you've seen everything cracking, everything sort of breaking down." the human rights group secretary general told Newsweek.

Shetty added that the present difficulties in implementing an earlier refugee deal between the EU and Turkey were foreseeable, as the plan was "flawed in a practical sense," as well as being "flawed in legal terms."

EU Unable to Cope With Millions of Refugees Coming to Bloc - Juncker
A Greek tribunal last Friday blocked the transfer of a Syrian refugee to Turkey, on the grounds that it wasn't safe for him in the country.

According to Greece's Maria Stavropoulou, director of The Asylum Service, an autonomous body that reports to the Minister for Citizen Protection in the country, the decision was taken on an "individual case-by-case basis," and it was too early to judge its implications as a whole.

Shetty also referred to Greece as the "dumping ground of Europe for refugees," claiming that the so-called Dublin Regulation had been "overtaken by events," and accused European governments of throwing a veil over continuing human-rights violations in Turkey.

"Because the EU wants to strike a deal and wants to keep refugees out of its own borders, they're simply looking the other way at the Turkish human rights situation," he said.