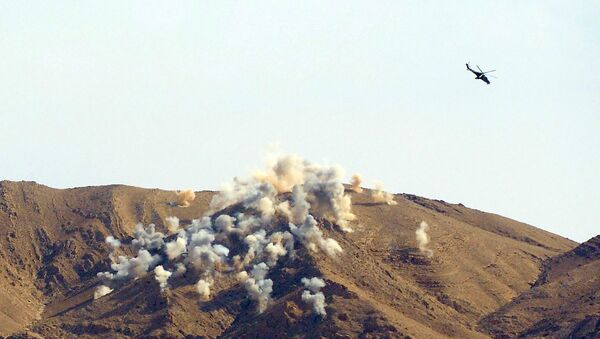 Russia
Russian MoD Declassifies Pictures of Soviet Rocket Firing Range (PHOTO)
MOSCOW (Sputnik) – Instructors at the district’s Erebuni air base would focus on imparting the knowledge of instrumental control on young pilots, according to the district press service.

"During the training, pilots will practice flying at night at altitudes of 1,500 meters [49,200 feet] to 4,000 meters [13,100 feet] above sea level, accessing a given area, conduct aerial reconnaissance and detect simulated enemy positions," the press service said.

The Mi-24P and Mi-8MT helicopters were transferred to Erebuni, incorporated into an air division of the Russian 102nd Military Base in Gyumri in 2001, in December 2015.