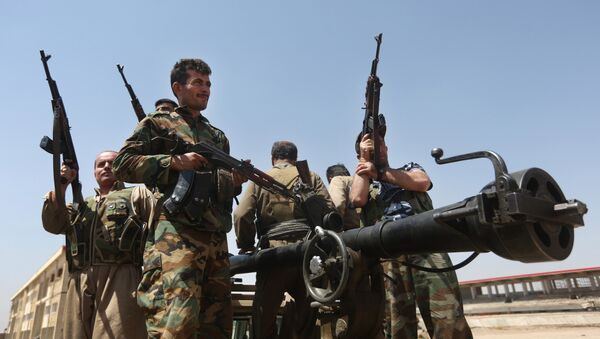 The US-coalition's aircraft have showered the Daesh "capital" of Raqqa with leaflets urging civilians to evacuate, a source told Sputnik. The Kurdish forces are preparing to start an offensive.

State of 'Emergency': US Officials Say Daesh Readying for Assault in Raqqa
BEIRUT (Sputnik) — Kurdish defense forces have mobilized and are preparing to begin an offensive against Raqqa, the de facto capital of Daesh in Syria, with the help of the US-led coalition, a source close familiar with the matter told Sputnik on Friday.

According to the source, coalition aircraft dropped leaflets over the city on Thursday, calling on civilians to evacuate.

Syria has been in a state of civil war since 2011, with several opposition factions and terrorist groups seeking to topple the government of Syrian President Bashar Assad.