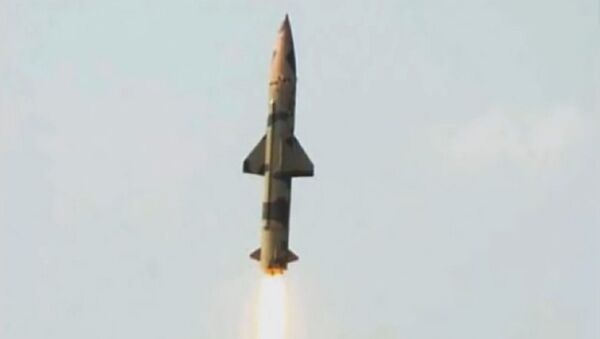 US Navy Orders Private Supersonic Jets to Provide Threat Simulations
NEW DELHI (Sputnik) — According to the DRDO, which has developed the missile, the interceptor was fired against a target simulated by a naval version of Prithvi missile fired from a warship anchored in the Bay of Bengal.

"Several countries has developed the missile interception technology. We have also successfully launched this missile. DRDO had been working on it for some time. It's a great capability that our defense forces has acquired after the successful launch of the Supersonic Missile Interceptor," Amit Cowshish, a former financial adviser in the Defense Ministry and currently a distinguished fellow in the Institute for Defense Studies and Analyses, told Sputnik.

Since the early 2000s, India has been developing its ballistic missile defense program, which was launched in the wake of the ballistic missile threat mainly from Pakistan, with which New Delhi was in three major wars, one undeclared war and numerous armed confrontations.